If Apple Made Droid BB-8, It Would Look Like This

There are two things that are always big in geek culture and that’s Star Wars and Apple, and with the former having a new movie on the way and the latter having just announced yet more huge sales numbers that both have found themselves at the center of headlines of late. So it’s only normal to want to mash them both together in some way, and that’s exactly what condept designer Martin Hajek has done.

Normally more well known for creating concepts for unannounced versions of Apple’s hardware, Hajek has turned his sights to the Star Wars universe by creating what could easily be an Apple sanctioned BB-8 droid. If you’re a fan of the Star Wars universe then the droid in question will instantly look familiar, and if you’re not then we’re sure you can at least admit that the concept itself is pretty impressive indeed. 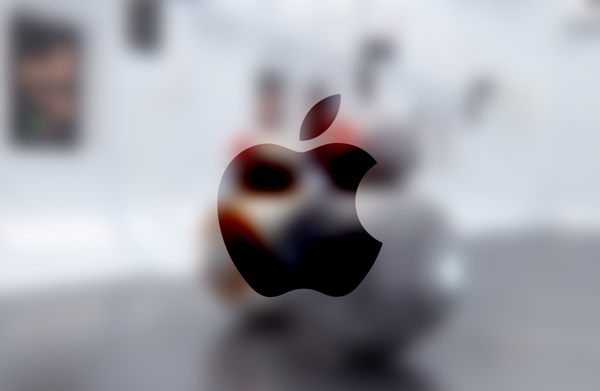 Hejek has kept things as close to what Apple’s head design honcho would come up with himself with the concept iBB-A droid. As you might expect the concept features a glowing Apple logo and a machined aluminum body. There is even a Digital Crown thrown in for good measure because, well, we can’t have anything right now without at least some sort of nod to the Apple Watch, can we?

We don’t expect to see this going on sale in any Apple Stores any time soon, but with Jony Ive’s design chops we wouldn’t put it beyond the realms of reasonable doubt that his designs will be showing up in movies regardless. He already have had his fingers in the newest lightsaber design as it is.

Designing phones and watches is very similar to designing instruments of destruction after all. 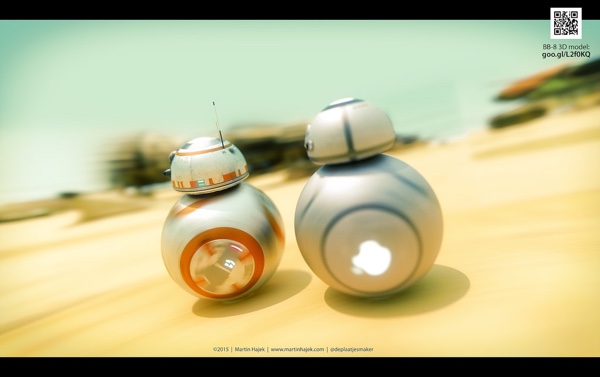 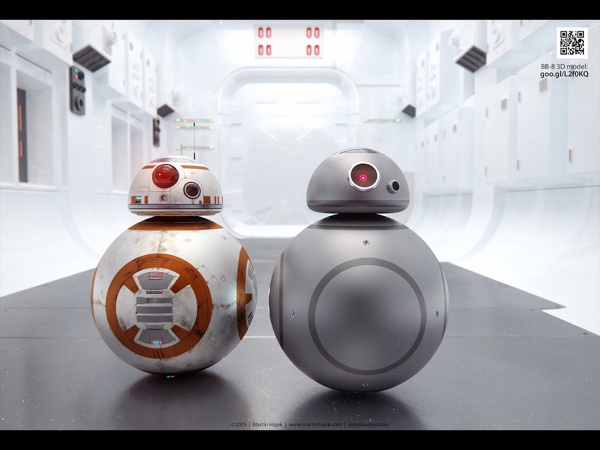 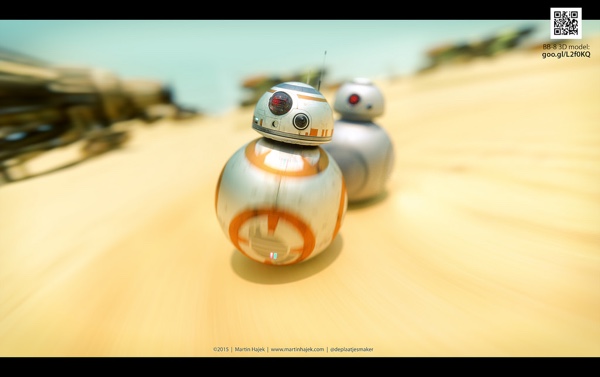 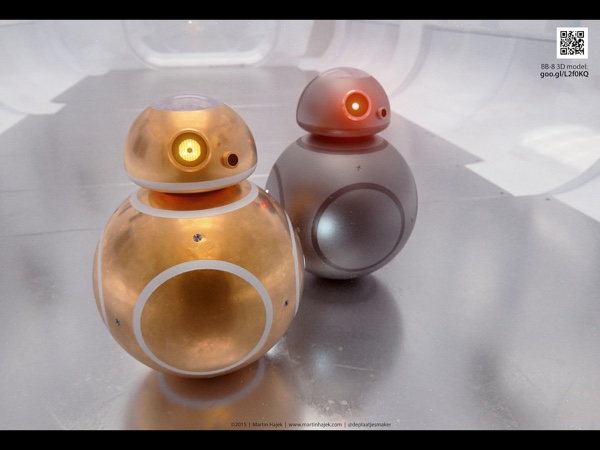 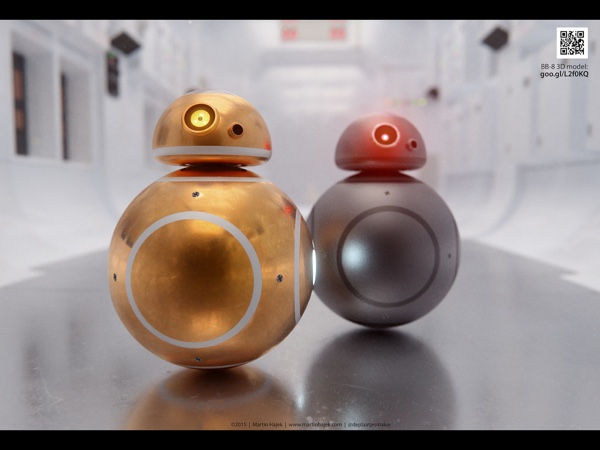 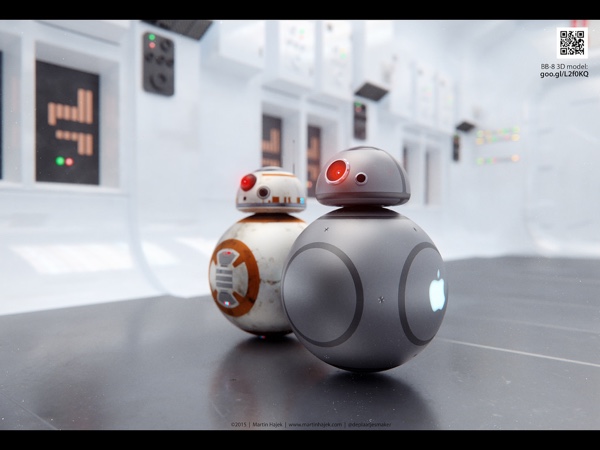 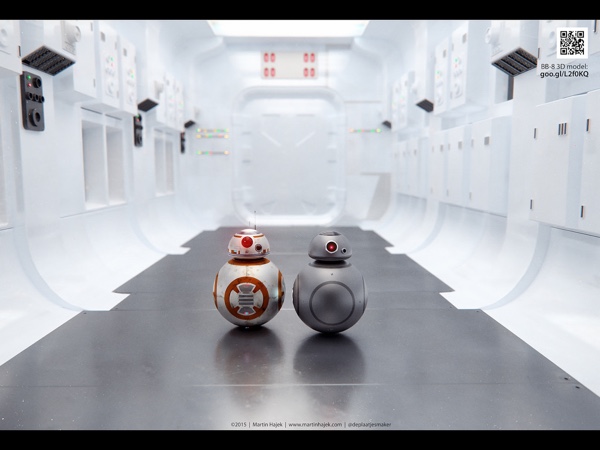 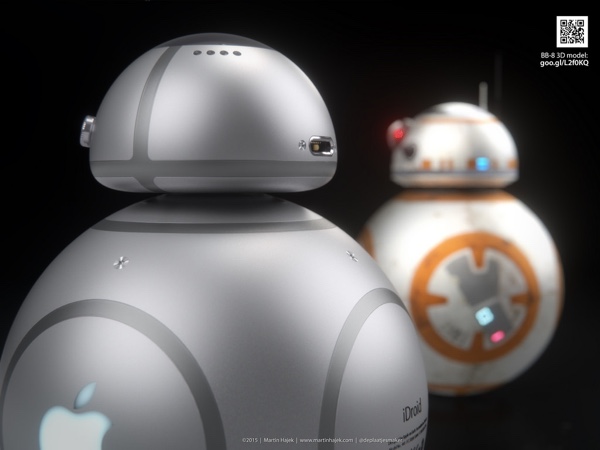 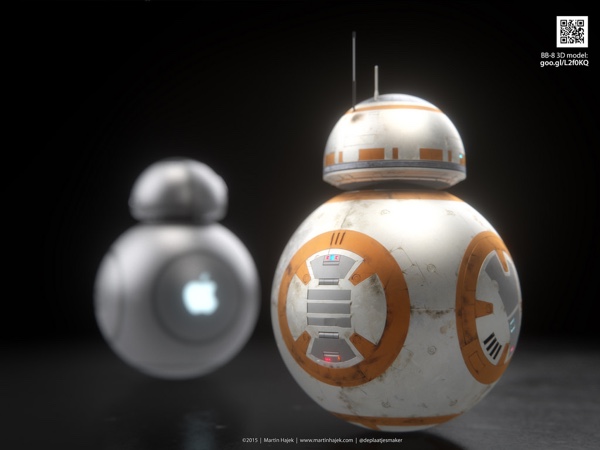 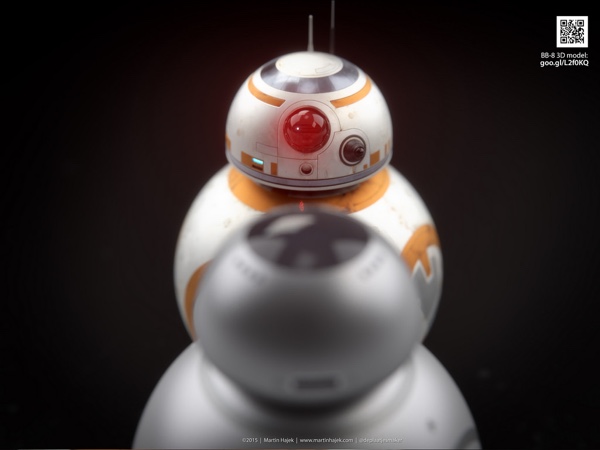 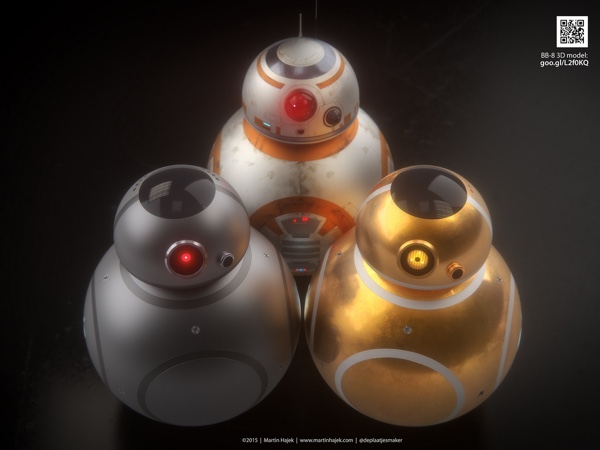