iChromy Is A Google Chrome Style Web Browser For iPad

We at Redmond Pie are all Google Chrome fans – we just love that silky smooth feel while all the time knowing that beneath that cool exterior is an HTML5 beast just waiting to rip our collective faces off. We also like Mobile Safari on our iPads, but we’d still prefer if Google brought their ever popular desktop webpage viewing magic-bearer to our favorite tablet.

Thankfully, we don’t have to wait for Google much longer, well sort of anyway. 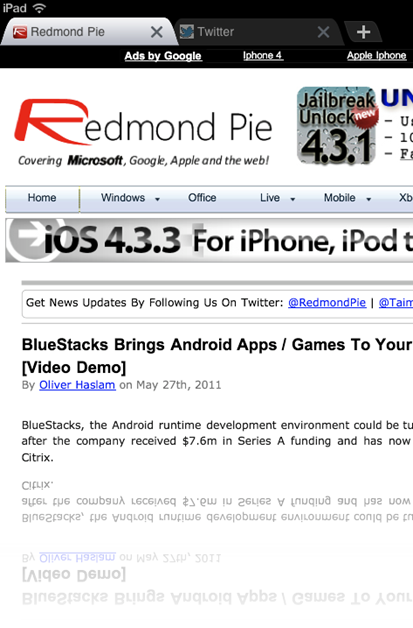 While the imaginatively titled iChromy isn’t actually Chrome on a tablet, it’s not far from the real thing, and it features a few of the tools and tricks that made us fall in love with Google’s offering in the first place. 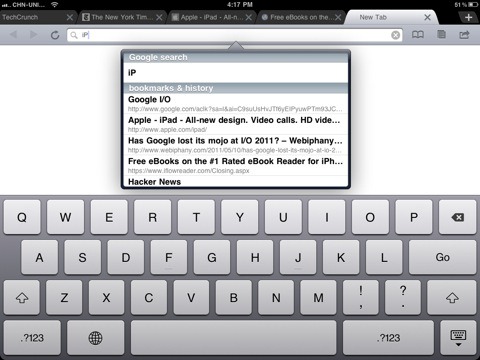 Take tabs for example. In iChromy, you’ll find all your tabs sitting pretty at the top of the screen, allowing the app to give as much of that prime real estate to the content as possible. We like that on our pixel-laden desktop machines, we just love it on the resolution anaemic iPad. Just having tabs at all is a bit of a boon really!

Another space-saving feature comes courtesy of the address bar which, just like Chrome, doubles up as the search bar. It saves space and looks nice. Win-win indeed. 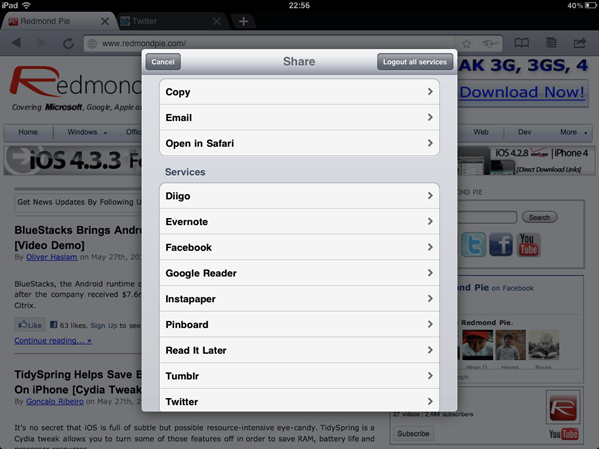 Other fun little additions to iChromy include a built-in ‘read later’ function just like Instapaper or Read It Later as well as a selection of sharing options. All the usual social haunts are catered for here, with Twitter, Facebook and Tumblr putting in an appearance. If iChromy’s own read later function doesn’t particularly float your dingy then there is even the option to push webpages to everyone’s favorite, Instapaper.

Now onto the very best feature of iChromy. The price! All this browsing goodness comes in at a rather amazing FREE. You can’t argue with that kind of value now can you?