Humor: Is This The New iPhone 6? [Video]

Apple’s iPhone 6 has been leaked incessantly over the past few months, and despite having had many close-up looks at the revised form factor, a new head-to-head video pitting the device up against the iPhone 5s shows just how much work the Cupertino giant has put into improvements this time around. Unfortunately, but as we’d expect at this stage, the iPhone 6 isn’t fully operational, but nevertheless, you get a rough idea of what it’ll be like to hold.

Despite what we’ve heard, the new side-by-side comparison by Doldo411 over at the Second City Network shows that the iPhone 6 will be a lot thicker than its predecessor, but as you’ll also notice, considerably tastier than the current flagship. 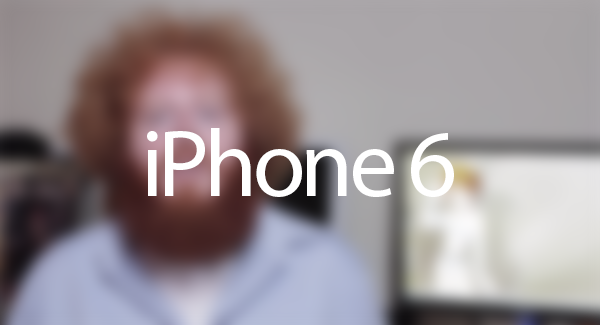 We’re already very much accustomed to the idea that the iPhone 6 will look much different to the iPhone 5s, and this video only underlines this notion. The difference between the iPhone 5s and iPhone 6 here is comparable to night and day, and if you’ve been waiting on a tasty iPhone 6 leak, Doldo411’s effort is about as good as it gets.

Of course, if you’ve ever caught any of Doldo411’s clips in the past, you’ll probably know that this is a parody, and that the iPhone 5s is actually shown up against a hot dog. The hot dog itself, though, does actually look quite enticing, and although we’d probably pick the real iPhone 6 over the sausage at this moment in time, it’s not a decision we’d take lightly.

The humorous video pokes a little fun at the impending iPhone 6, which is expected to be announced on September 9th and likely to release some time later on in the month. With an iPad Air-like profile and larger display, it’s billed as the most significant addition to the iPhone line-up to date, and as always, we’ll keep you in the loop with regards to any emerging details.

Meanwhile, my favorite part of the Doldo411 clip – aside from the moment when the pooch longingly stares up at the hot dog – is the tear-down. Unlike normal gadget disassembly, there are no tweezers, Philips screwdrivers or plastic pry tools, but just a simple, albeit very sharp knife for chopping the thing in half.

Suffice to say, if Apple’s iPhone 6 does look anything like what is seen in the below clip, the competition will surely need to, ahem.. ketchup.