The Apple Watch Hand could be a solution for those struggling with using their new Apple Watch because of their tattooed arms, according to one comedian.

The Apple Watch has been around for a couple of weeks now and the only major hiccup it has faced, bar the fact they seem almost impossible to get hold of, is the news that the device doesn’t work too well if you happen to have colorful tattoos on your wrists. If your wrists do have ink on them, you may find that the Apple Watch doesn’t always know when it is being worn and even if it does, the heart rate monitoring feature may not work. Sad faces all around. 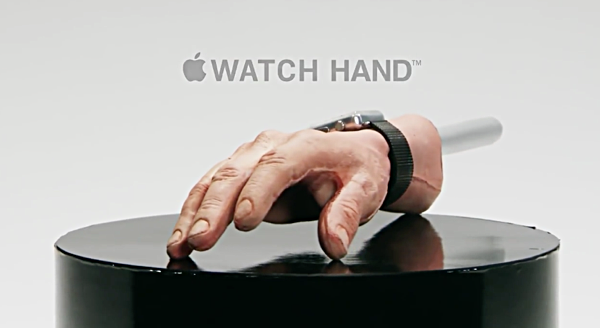 Thankfully, Conan O’Brien has you covered. Never one to miss an opportunity to poke fun at Apple, the late night television show host has come up with the perfect way of getting around the Apple Watch’s aversion to tattoos and he calls it the Apple Watch Hand.

Shown off in a YouTube video, the Apple Watch Hand is effectively a prosthetic arm on a stick which O’Brien thinks will be the perfect way for tattooed people to still experience the joys of the Apple Watch without having to get some sort of surgery. It’s also pretty handy for scratching your back as well, we imagine.

Apple has confirmed that the Apple Watch doesn’t always play very well with tattoos and at this point there isn’t a great deal you can do if you are affected by the watch being unable to see your wrist’s skin. You could get the Apple Watch Hand, granted, but we don’t recommend it. After all, where would you keep it when you are out on the town?!