Hulu has finally begun rolling its Hulu Plus service out to Android smartphones, but according to a blog post on the company’s web site, you may still not be able to use it if you have the wrong handset. 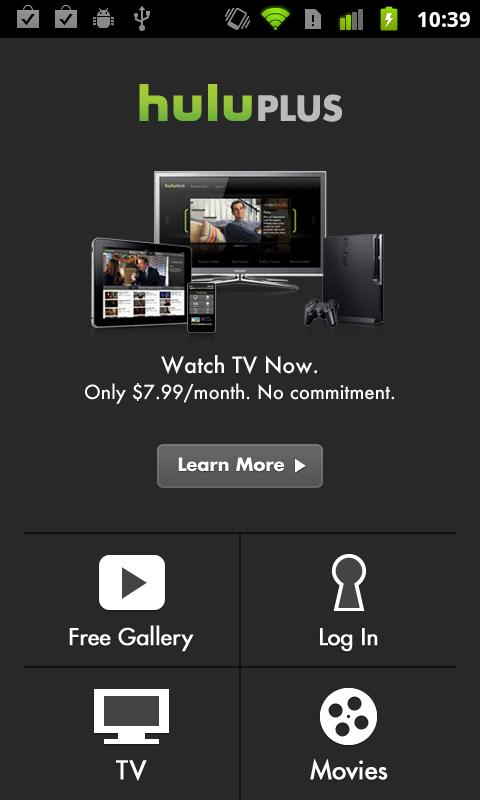 Currently just six handsets will be able to use the Hulu Plus app, which can now be downloaded for free from the Android Market.

With the first phase of the Android rollout, Hulu Plus is available on six phones, including the Nexus One, Nexus S, HTC Inspire 4G, Motorola Droid II, Motorola Droid X, and the Motorola Atrix. We expect to add to the number of Android smartphones and will be making additional device announcements throughout the year.

Two notable exceptions to that list are the Galaxy S and Galaxy S II, or at least the US variants of them. Presumably the S II will get added once handsets become available in the States.

Hulu Plus is a paid-for subscription service that allows subscribers to stream video content to a variety of devices, with Android being the latest to the party. Microsoft’s Xbox 360 was the last to receive the Hulu Plus love when it received an update to add the service back in April.

Stream thousands of episodes from hundreds of current and classic TV shows and movies to your Android device, computer, TV, and other devices with a Hulu Plus subscription. Download the app now to sample content from our Free Gallery. Subscribe to Hulu Plus for $7.99 a month at http://www.hulu.com/plus

Unfortunately, as with so many things, Hulu Plus is a US-only affair.

But hey, the rest of us outside the United States get Spotify!