Hueless For iPhone Is The Perfect App For Black & White Photography

Those who are fans of photography and regularly use their iPhone and iPod touch to capture images will understand that great photographs come in all shapes and forms and can be captured at any location. A lot of apps on the iOS App Store concentrate on allowing users to touch-up images with effects and splashes of color, but what about those photography fans who love nothing more than the simplistic beauty and innocence of a black and white photograph? Thankfully, the App Store has a number of apps dedicated to this art, with one of the best around being the Hueless app from Curious Satellite.

Hueless doesn’t attempt to go down the route of promising to offer a plethora of features, but ultimately fails to comprehensively deliver on any of them. Instead, it is a mobile creation purely dedicated to allow users to capture gorgeous black and white photographs without offering the distractions that generally come with more traditional photography apps. The interface of Hueless is as simple as the app itself and consists of a number of intuitive buttons that surround the live black and white preview that is seen through the device’s camera. 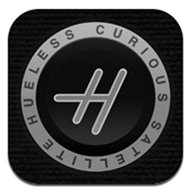 Anyone who has ever used the native Camera app on the iPhone or any of the other offerings in the App Store shouldn’t be immediately comfortable with the buttons and the features that they represent, such as being able to apply or remove a screen grid or turn the flash on or off. In addition to the button set, the app also features an extremely powerful slider on the left hand side of the interface. Although, not a hardcore user of these types of apps, but the slider looks extremely unique to me and I certainly don’t recollect seeing it elsewhere. 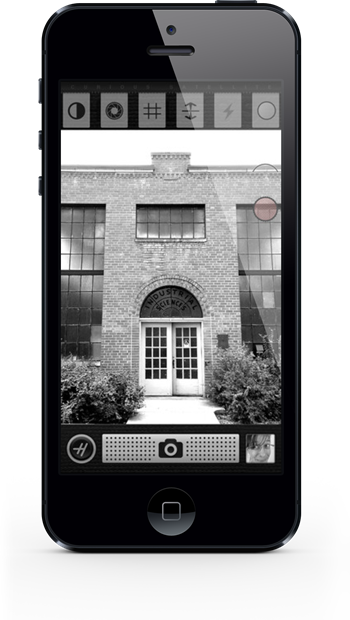 It’s easy to assume that it might exist to zoom in and out of the scene, but it is actually used to adjust the exposure of the image on the fly before capturing the picture. It’s evident that the power of the Hueless app comes from the fact that everything is live with immediate visual feedback to the user whenever something is changed. The benefit of this is that we can get the picture perfect before pressing that capture button, rather than having to take countless pictures to try and get the right one. 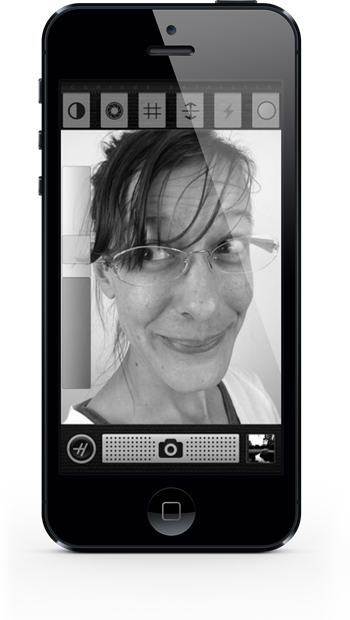 At $1.99, Hueless is a little more expensive when compared to other apps of similar nature, but at the same time it is a lot more functional and provides a great premium experience for that price.

(Source: Hueless for iPhone and iPod touch on the App Store)