HTC can’t exactly hold its collective head up high and declare that the U12+ was the best-kept secret in the smartphone world. However, thanks to an official announcement from HTC, the HTC U12+ is now official, and it confirms pretty much everything that we already knew about it.

This Android-powered smartphone powerhouse is definitely going to capture a lot of attention due to its aesthetic and product design. But, as we all know, smartphones aren’t all about the physical, and rely heavily on the technical specification and whether or not it can get the job done and compete with other smartphones on the market. 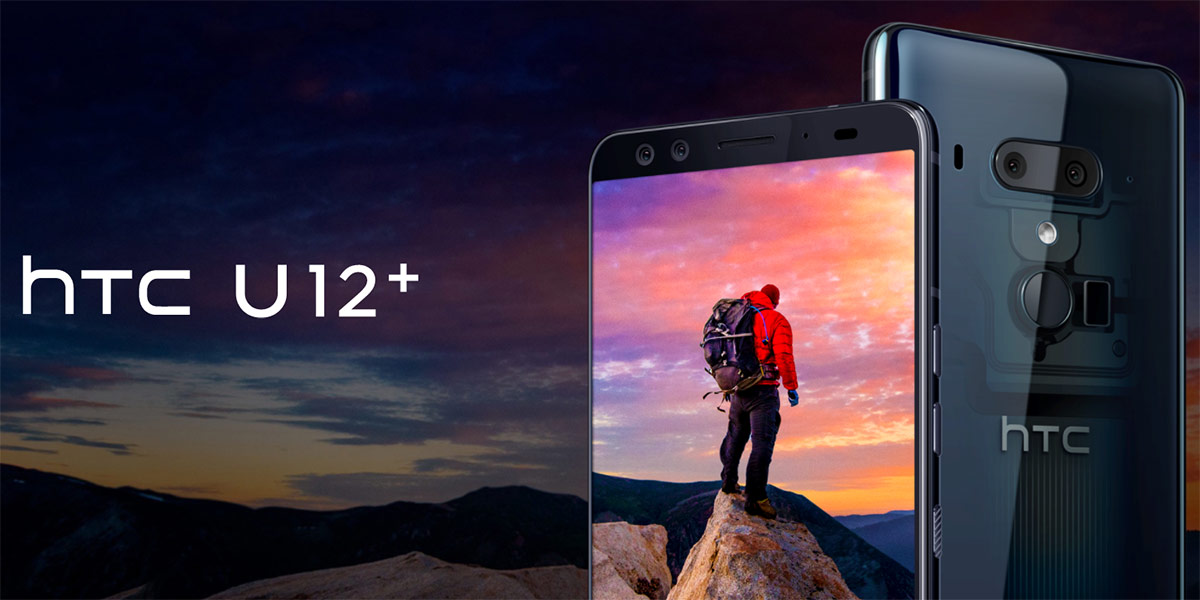 From a technical specification, would-be U12+ owners will be looking at a device with a 6-inch Quad HD+ Super LCD 6 display offering a 2880-by-1440 pixel resolution. But, if you’ve been keeping abreast of the leaks, then you already knew that was coming.

The hardware will offer a dual-camera system on both the front and rear of the device, offer an IP68 rating for water and dust resistance, and will offer the usual legendary HTC sound thanks to the BoomSound speakers.

Like iPhone and most other Android devices these days, the HTC U12+ does away with the 3.5mm headphone jack, but unlike those devices, it does not come with what appears to be the now accepted notched design at the top of the screen. From an upgraded perspective, HTC has also introduced a new revamped Edge Sense system which allows a user to perform specific actions via squeezes on the side of the device. 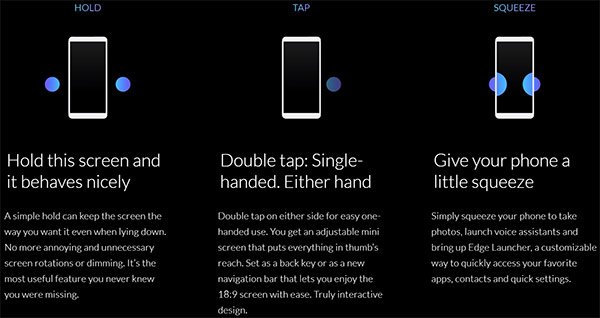 The design of the hardware is definitely one of the more appealing ones to launch in recent times, but it’s really the stunning nature and ability of the camera system which will get consumers excited about what HTC is bringing to the market with its flagship U12+.

The device does come with a slightly smaller battery than the previous U11 hardware with a 3,500 mAh offering, but that’s to be expected considering we have a less bulky handset which is more pleasing to the touch. HTC U12+ is also shipping with a Qualcomm Snapdragon 845 processor, 6GB of RAM, and an internal 64GB of expandable storage. Those purchasing in the US, Canada, or China will have the option of a 128GB variant. 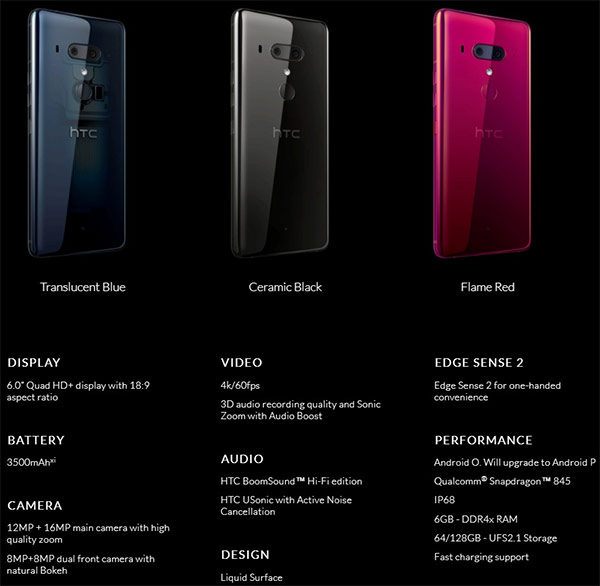 The hardware is available for pre-order today, available on three different color combinations, with prices starting from $799.00 for the 64GB version.