The reason why so many commentators (including myself) have had mostly good things to say with regards to the HTC One, is because, well, it’s beautiful. We’re used to Android flagships packing in high-end specs (see HTC’s previous two efforts), but with almost every top handset running Google’s mobile platform, the build quality has always been a let-down. Frequently laden in shiny plastic, no significant Android device has really challenged the iPhone in the quality stakes, but with a beautiful aluminum unibody, Droidsters finally have a gadget to savor. In an attempt to ramp up anticipation for the One, HTC has released a video detailing just how it’s all pieced together, with every hole and concave etched to precision. Check out the video after the break.

Admittedly, I have never been a massive fan of Android devices. I’ve owned them, sure; but never have I felt compelled to use one as my daily driver. I like the build of the iPhone, which, since the iPhone 4, has been head and shoulders above anything churned out by Samsung, LG, HTC and the like. 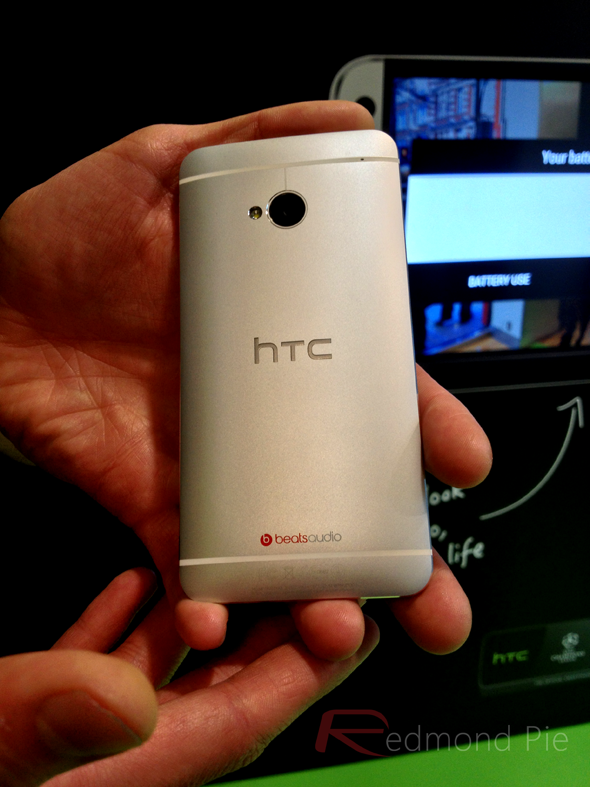 I got the chance to briefly sneak a hands-on with the device on the day it was announced, and I was more than impressed by how much effort the Taiwanese company has put into the One. Granted, HTC has a helluva lot riding on the device having hemorrhaged market share to Samsung, but having gone back to the proverbial drawing board, it has certainly come out fighting.

Although I, like many, will wait to see whether Samsung lives up to the hype with the Galaxy S IV, I must admit, I am really considering the HTC One. Word on the street is that Samsung will be sticking with its tried and tested form factor of mainly plastic, and while the name alone will see it comfortably claim the prize as 2013’s biggest release on Google’s mobile OS, I suspect those Droidsters with an eye for a high-quality device will consider migrating to the HTC offering .

The video doesn’t adequately do justice to how beautiful the HTC One is to hold in the palm, so don’t be surprised if HTC does manage to reestablish itself with this very worthy release.