HTC has today officially introduced its latest smartphone that it hopes will capture the imagination and the finances of the Android loving world. The HTC 10 flagship follows on from last year’s HTC One M9 by taking design inspiration from the M and A series devices in order to produce a piece of hardware that will hopefully appeal to the wider smartphone using community.

The quality of HTC’s hardware has never been up for debate, but it’s more often than not the physical aesthetic, camera, software and performance that has convinced consumers to look elsewhere. After spending more than 12 months on the HTC 10, the company will be hoping that it can finally put that poor run to bed. 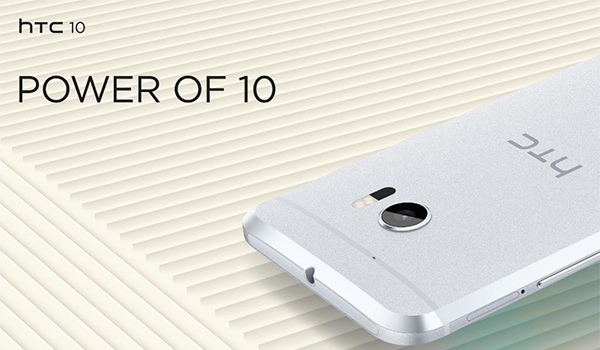 On the design and construction front, the phone is absolutely gorgeous and is a cut above the rest of the competition cosmetics wise. HTC says that the phone has been crafted right out of solid metal and has been given a dual-texture for premium feel followed by attention to other key details.

A set of features and technical specifications are arguably the most important aspect of any hardware release. With that in mind, the HTC 10 features a 5.2-inch Quad HD (2560 x1440) Super LCD 5 display that promises to offer up to 30% more color than the HTC One M9. The display also features a curved edge design that blends into the shell of the phone, and is finished in extremely strong Gorilla Glass. Underneath the exterior HTC has banked on the 64-bit 2.2Ghz Qualcomm Snapdragon 820 processor with an accompanying 4GB RAM. That’s the same combination that we’ve been recently been seeing in most high-end Android devices. 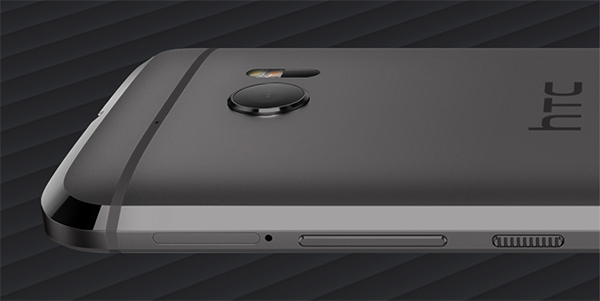 HTC offers the HTC 10 in 32GB or 64GB of internal storage configurations, with the option to expand that up to 2TB with the inclusion of an external memory card. One of the interesting things here is that the company has also made it known that there has been a lot of work done to try and marry the hardware and software together to provide a faster, more efficient user-experience when interacting with the underlying OS through the device’s touch display. This should improve responsiveness by approximately 50% over previous generation HTC smartphones.

As for battery, the integrated 3,000mAh battery according to HTC “should” be good for up to 2 days of up time under certain use conditions. There’s also Quick Charge 3.0 support through the device’s integrated USB-C port.

Camera wise, HTC has looked to improve the photography experience in the HTC 10 with a rear 12MP sensor, HTC UltraPixel 2 with 1.55μm pixel, that takes much better images when captured in low-light conditions. Those improvements are accompanied by a dual-tone LED flash and second-generation laser autofocus system further complemented by an OIS (Optical Image Stabilization) and the ability to capture 4K video with Hi-Res audio, and slow motion video in 720p@120fps. The front-facing camera is a 5MP one and interestingly also packs OIS tech, which is a first for any phone. It can also record videos in 1080p resolution.

The phone also packs a fingerprint sensor for biometric security. According to HTC, the built-in sensor allows a user to unlock the phone “in a lightning fast 0.2 seconds”. In addition to this, HTC has thrown in HTC BoomSound and support for 24-bit Hi-Res audio, complete with certification.

Interestingly, HTC 10 is also the first Android smartphone ever to offer support for Apple’s AirPlay for audio streaming, which means the phone can be used to stream audio to Apple TVs as well as any AirPlay-compatible wireless speaker system.

On the software front, HTC 10 is powered by Android 6 with HTC Sense.

The full specs sheet of HTC 10 is as follows: 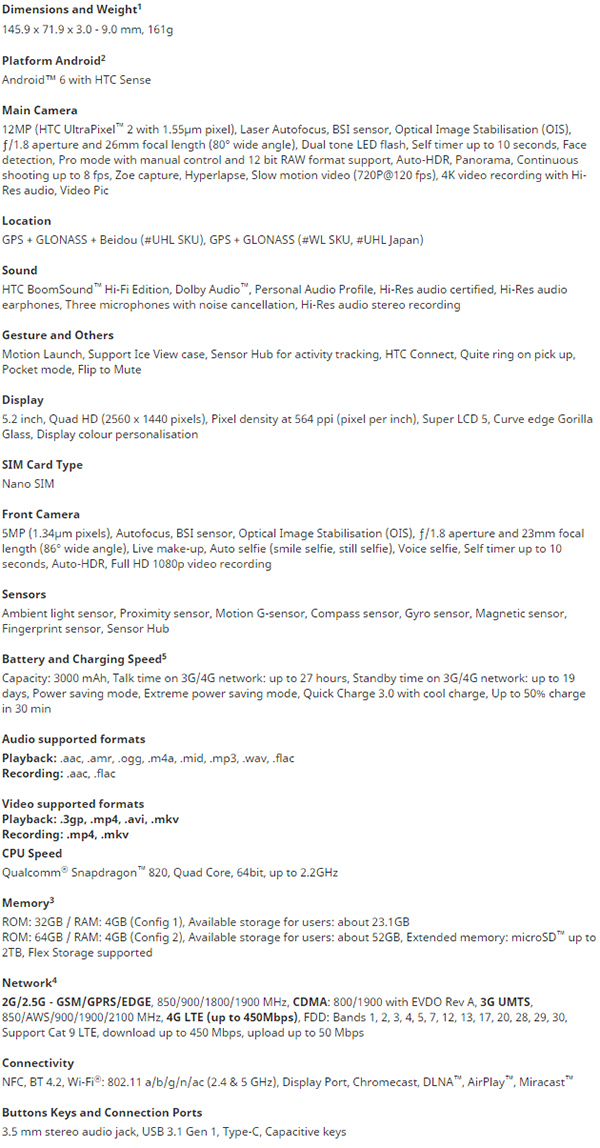 Pre-orders for the unlocked HTC 10 are live right now for $699, with the following color choices: Carbon Gray and Glacier Silver. Global markets will benefit from an additional Gold aesthetic, whereas Japanese consumers are likely to get the chance at a gorgeous Red option when available. 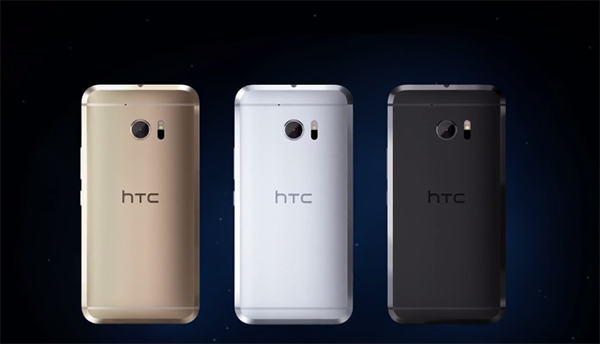 The hardware will begin physically shipping next month all over the world. A shipping date of “early May” has been provided with no additional granular dates on offer.