How will the new iPod Touch with Camera effect Microsoft and Zune HD?

It is being anticipated that the next-gen iPod Touch, releasing this fall by Apple will be integrated with a camera. Nothing will be left undone then! Internet availability, uploading videos on Youtube, hundreds of games to choose from the App Store, huge music library(iTunes), WiFi, built-in-speakers with high sound quality PLUS a camera (probably with video) – like a cherry on the top!

As a response to the current-gen iPod Touch line, Microsoft announced on May 26, 2009 that this fall it will be releasing Zune HD – a competitor to iPod Touch. It will feature a built-in HD Radio, brighter OLED touch screen interface, HD-compatible output, WiFi, full-screen Internet browser which is optimized for multitouch functionality and it will be powered by Nvidia Tegra. 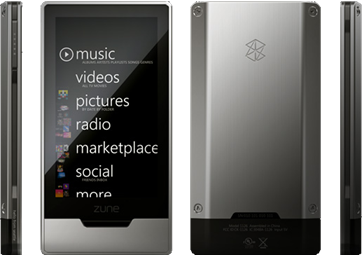 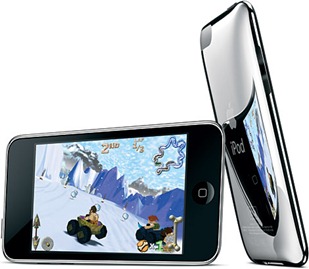 Now lets take a more closer look at some of the major differences between the two devices:

And the biggest difference – that is being speculated is the integration of camera with iPod Touch!

What heaven would iPod Touch be with it!

For twitter fans like me it will be awesome that I will be able to twitpic with my music player anytime! Plus the idea of taking videos and pictures with my iPod would certainly be cool and convenient. Often i have personally felt the need while going through the pictures in my iPod ‘blankly’. Trust me on the ‘blank’ part as I used to feel handicapped – couldn’t take my camera to college, plus I dont have a decent camera in my cell phone with all the video editing and uploading capabilities that Apple provides with iPhone and will probably do so for the new iPod Touch.

So, Is Nvidia Tegra & HD Radio enough to make users buy Zune HD over the upcoming iPod Touch (with Camera)? In my opinion, Microsoft should be worried because if the rumor of camera integration with iPod Touch turns out to be true(which it probably will), it will be 1 UP for Apple and it will get very difficult for Microsoft to convince users to buy Zune HD just for the sake of HD Radio.

My vote goes for the new iPod Touch – the camera feature is undoubtedly stupendous!..

Which one will you vote for?