One of the most appealing features of using a device like the iPhone or iPad is the fact that they act as an extremely powerful media gadget, capable of displaying rich media on the beautiful multitouch display. Regular users will be aware that although the device is very powerful, it does have certain limitations when it comes to using specific file types, something that can be very frustrating considering how powerful and advanced the device is. 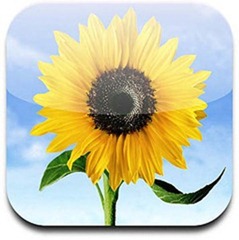 In the last couple of months the official App Store has seen a number of high profile apps land that allow users to create and manipulate animated GIF images. Not wanting to be outdone by the current GIF trend, the Cydia store is hitting back with the Giffy tweak that hooks into the native Photos app and enhances the experience by allowing users to view a GIF in the library view.

In addition to allowing users to view an animated GIF in the Photos app, the tweak also extends to any application that uses the native iOS image picker type control. For those who aren’t familiar with this control, it is the view that is shown through the likes of the default text messaging application when a user decides to choose an image to attach to the message. 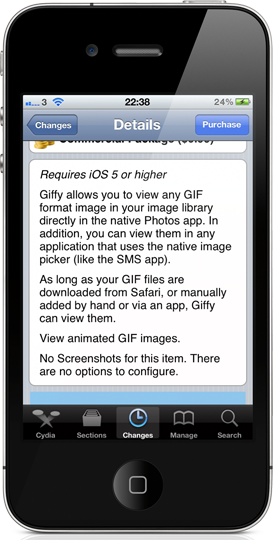 As long as the animated images are added by either downloading them from Mobile Safari or manually, the Giffy package can handle them and allow them to be rendered in full animated glory within the library of the native Photos app. Although the Giffy tweak isn’t exactly a provider of earth shattering features, it does bring some fun and quirky offerings which undoubtedly adds a little extra edge to iOS.

If you happen to regularly use a jailbroken iOS device and are frustrated by the lack of support for the GIF animated image type then this novelty tweak could definitely be the package for you.

Giffy is available to download from the Big Boss repository for a charge of $0.99 and requires a jailbroken device running iOS 5 or above.