The fact that the Google Maps app is sitting at the top of the iOS download charts, it shows that iOS users definitely have a need for a fully-functional maps app that is built on top of extensive and accurate location data. Despite its somewhat insane popularity, iOS still uses the stock Apple Maps app for all direction requirements that are passed through to it via Siri.

A Cydia based tweak was released a few days ago which allows jailbroken iOS users to bypass the Apple Maps app and invoke Google’s offering as default in a similar fashion to the package that sets Chrome as the default browser. Non-jailbroken users however don’t have that luxury, but thankfully there is a handy little method that allows users to force Siri into providing a way to use Google Maps rather than Apple’s own creation, and is much more simpler that the URL schemes workaround we went through earlier. Check out the simple steps below for what’s involved in the process. 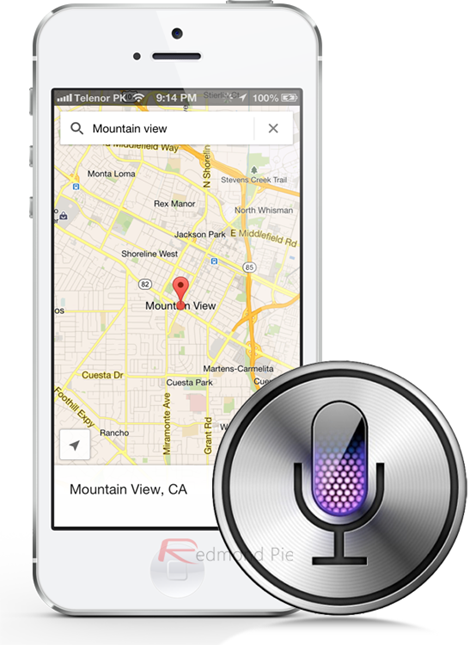 Step 1: Invoke Siri by pressing and holding the home button on the iPhone or iPod touch.

Step 3: Qualifying the command with “via transit” forces Siri to show a list of apps installed on the device that provide navigation based features. Siri also shows apps that are available through the App Store that could also handle the request.

Step 4: Select Google Maps from the resulting list. The query will then be handed off by Siri to the Google Maps app to display the route and associated voice-guided turn-by-turn directions if required.

The process isn’t exactly seamless yet and does actually open the Apple Maps app briefly before fully deciphering the command and passing the request through to the system to display the available transportation based apps on the device and the App Store, but it is definitely a valid method of getting Siri to interact with the more powerful Google Maps app.

The process does have its limitations, in that it really only works efficiently when requesting routing directions to a specific address or locality rather than searching for an arbitrary entity. For example, asking for “the local swimming pool via transit” will more than likely display any results in Apple Maps.