The new redsn0w 0.9.6beta5 is out.  It gives both Windows and OSX users the ability to flash the iPad 06.15 baseband on iPhone3G or iPhone3GS.  It fetches the baseband files directly from Apple for now (the only IPSW you ever point it at is the stock IPSW for the FW on your iPhone right now).  There may be a long delay while it’s doing this (their servers are getting pounded right now)

If you do flash your baseband via redsn0w, please keep it plugged into USB the whole time.  You don’t want your battery to die during the flash process!

YOU DO THIS AT YOUR OWN RISK!  PLEASE UNDERSTAND THE CONSEQUENCES OF UPDATING TO 06.15.

This version of Redsn0w is based on Geohot’s Limera1n bootrom exploit which has already pwned all current iOS devices for life. The only problem is that it is a tethered jailbreak, which means you will have to boot it into a “jailbroken state” on every reboot. This so called tethered or semi-tethered jailbreak condition in Redsn0w 0.9.6b4 & b5 however only applies to the new devices like: iPhone 3GS (new bootrom), iPhone 4, iPad, iPod touch 2G (MC Model), iPod touch 3G and the iPod touch 4G. Old devices like iPhone 3GS (old bootrom), iPhone 3G and iPod touch 2G (Non-MC Model) can be jailbroken-untethered right now using this latest version of Redsn0w. So until and unless Comex of Spirit and JailbreakMe fame comes up with another untethered hack for iOS 4.2.1, the jailbreak we get for the newer devices will be tethered (or semi-tethered). 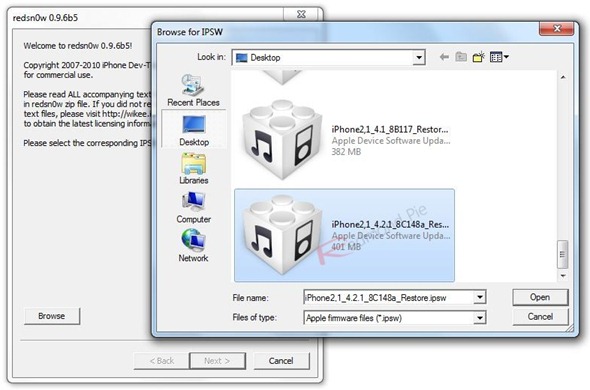 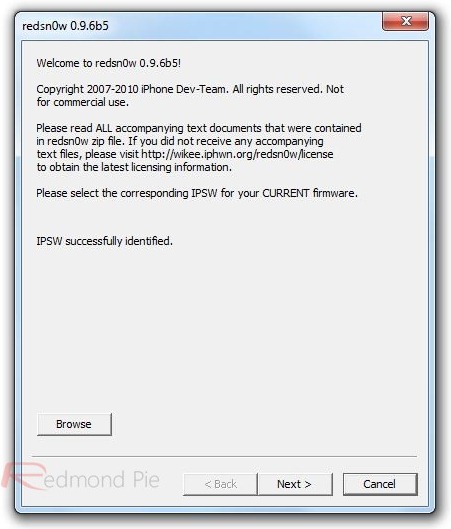 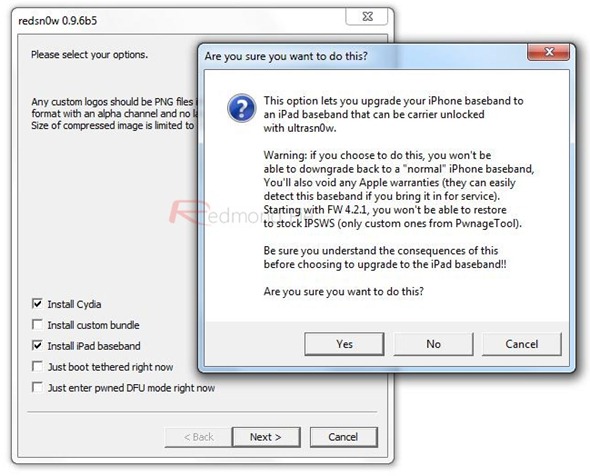 Note: Install iPad baseband option is applicable to iPhone 3GS & 3G users only who rely on a carrier unlock. 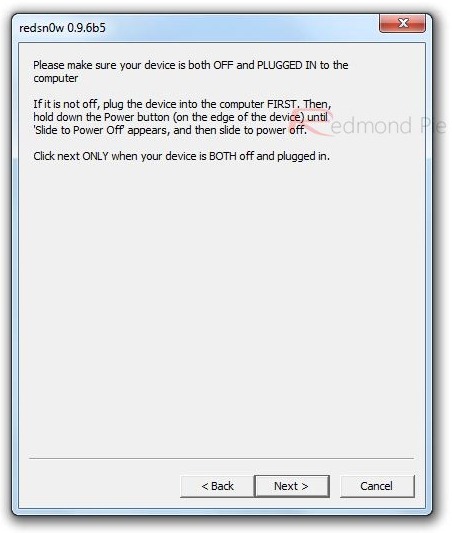 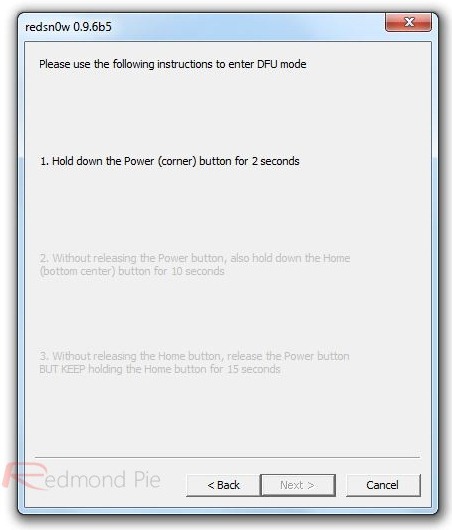 Step 6: Sit back and enjoy while Redsn0w will do all the rest for you. Once done, your iPhone or iPod touch will restart automatically and you will find it jailbroken on the latest iOS 4.2.1 firmware, with the unlockable 06.15.00 baseband.

For iPhone 4, 3GS (New Bootrom), iPod touch 4G / 3G / 2G, iPad ONLY:
Step 7: Now from here onwards, whenever you want to do anything related to jailbreak like SSHing into your device, or running Cydia, you must first run your device in the so called “jailbroken state” on every reboot by using “Just boot tethered right now” option in Redsn0w. 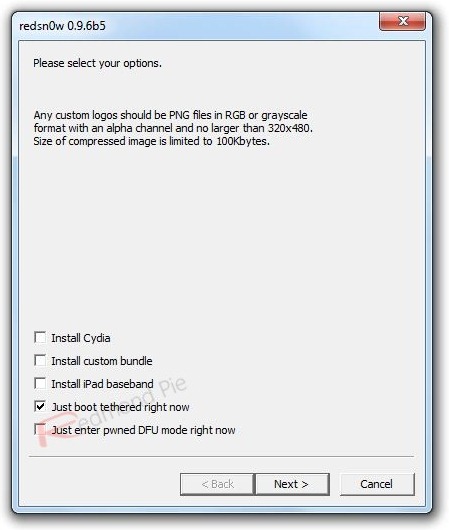 UPDATE: Video instructions for the above tutorial is embedded below: