How To Take Screenshot On iPhone / iPad Remotely From A Mac

The ability capture screenshots from an iOS device is extremely handy, and in most situations does a perfectly good job for the use case of the masses. With that said, if you’re a developer, designer, app reviewer or just someone who derives excitement from capturing screenshots, then it can become a little tiresome having to capture screenshots on a device and then export to a computer or laptop for processing. Thankfully for us, the new iOS Capture app for Mac OS X users aims to resolve this issue by letting us remotely capture screenshots directly from our iOS device without even touching it. Technical genius or black magic? You decide.

The fundamental usage of the iOS Capture creation is fairly simple; you load the app, it detects a number of compatible iOS devices and you hit Capture to get a screenshot of the current information on the display. 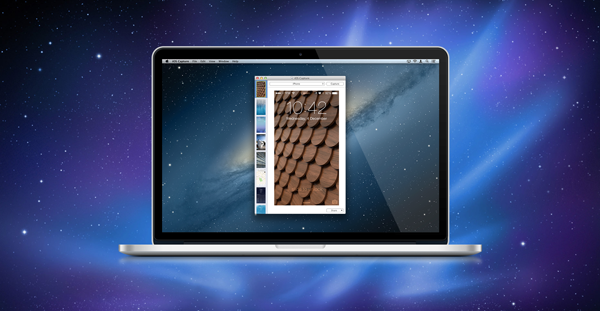 A minimalist design walks the user through the process in the first instance, with there being a requirement for the device to be tethered to a 30-pin or Lightning cable for the first screenshot. After that, thanks to the magical properties of iTunes wireless syncing, users should be able to capture screenshots without having to have the device connected. 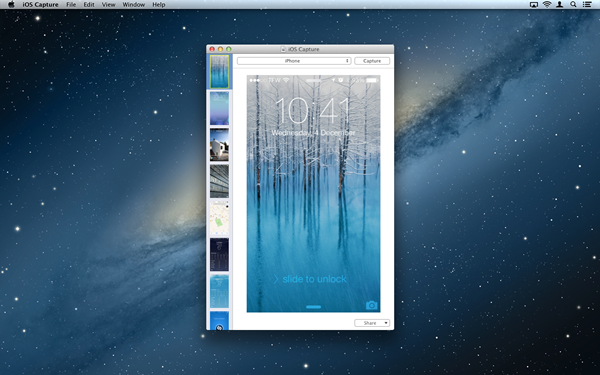 The app itself is extremely barebones and is built with only the minimum necessary functionality. Not that there’s anything wrong with that. Those who download and purchase iOS Capture will be able to grab screen shots from multiple iOS devices, collate the screenshots together in one handy interface and then share them to a variety of places, including Messages, AirDrop, Twitter, Facebook, Flickr or by exporting them to the machine. It’s quick, it’s simple and it does exactly as it says on the tin. 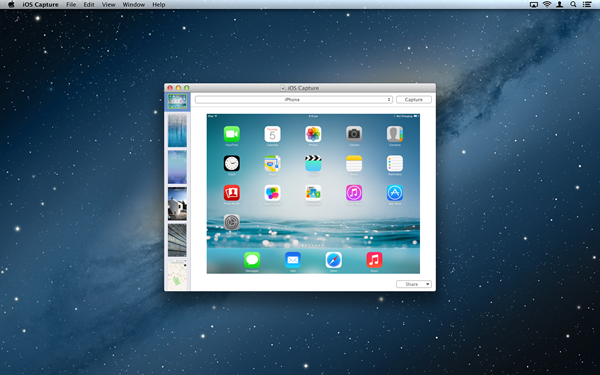 One of the downsides of the iOS Capture app, at least for some people, is that it won’t be available for sale through the official Mac App Store. The app depends on certain features that go against Apple’s sandboxing rules and therefore couldn’t be uploaded to the store.

The developers are offering the app as a free trial download from their own website with the option to purchase a license for $14.00 USD. For anyone who captures screenshots on a regular basis this could be a must have application.

Head over to this link for more information on iOS Capture.