The speed at which Apple’s iOS 7 completes its animations has long been a topic of discussion amongst many. Overly-long, labored transitions between apps, screens and even opening or closing folders are no fun at all, and iOS 7 had them in spades. Thankfully iOS 7.1 seems to have fixed the issue to a large extent, but if you’re holding off updating to iOS 7.1 then you need some way of making everything feel more fluid and less like it’s floundering around in treacle.

There are already numerous jailbreak tweaks that offer the ability to alter animation times, but an old favorite has recently received an update that brings it up to spec for anyone running iOS 7.0 to 7.0.6. Speed Intensifier does just what the name suggests, which has now been updated for iOS 7, and reduces the time it takes for animations to complete so you don’t find yourself sat waiting for folders to open when all you want to do is check the weather. 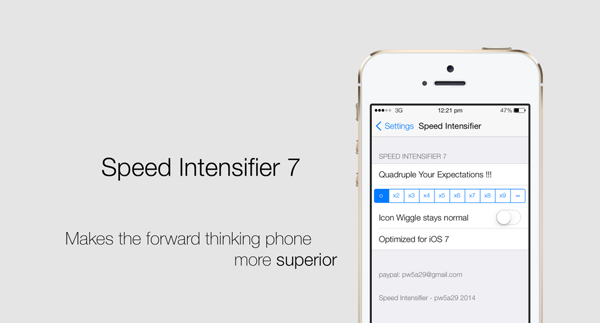 Speed Intensifier is free and can be downloaded via the ModMyi repo. Once installed you’ll have a new Settings area where you can change how the tweak behaves. There are incremental options for changing the speed at which animations complete, which is all you really want out of something like this. There’s another option though, and it’s actually quite useful. 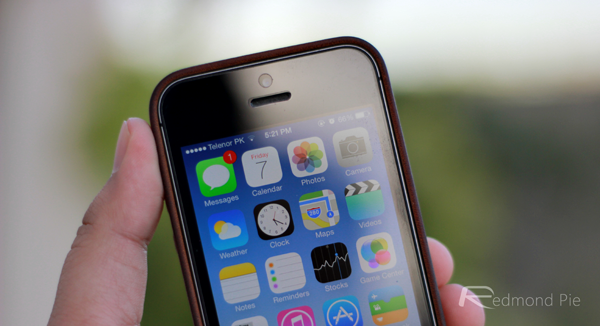 When Speed Intensifier speeds up all the iOS animations it can lay its hands on, it can also change how fast the home screen app icons wiggle when in edit mode. There’s a handy toggle switch that can control whether you want those icons to wiggle like crazy or stick with the more relaxed pace they’re more accustomed to. The choice, as they say, is yours. 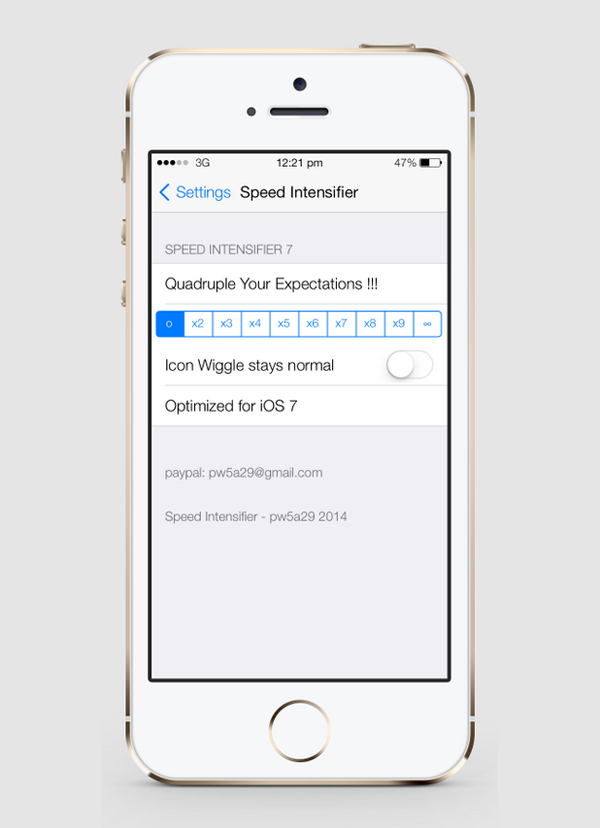 Apple has drawn quite a considerable amount of criticism for the speed – or lack of – at which iOS does its animations, and iOS 7.1 goes a long way to rectify those complaints. If you’re not going to plump for iOS 7.1 any time soon though, you might want to give Speed Intensifier a look, if only to try and preserver your own sanity.