How To Set Animated Wallpapers On Your iPhone Lock Screen

Having the ability to change the Springboard wallpaper on Apple’s iOS devices was an addition that was certainly welcomed by users when the Cupertino company introduced iOS 4 in 2010. In the following two years not a great deal has changed when it comes to giving users options or abilities relating to being able to customize or personalize their displays.

Regardless of what public opinion may be on jailbreaking and the usage of Cydia, no one can really deny that it allows users to interact and use their device in a way that just wouldn’t be possible without it. The latest premium tweak to land in the jailbroken application hub goes by the name of AnimateLockscreen and immediately makes itself at home as the king of lock screen customization. 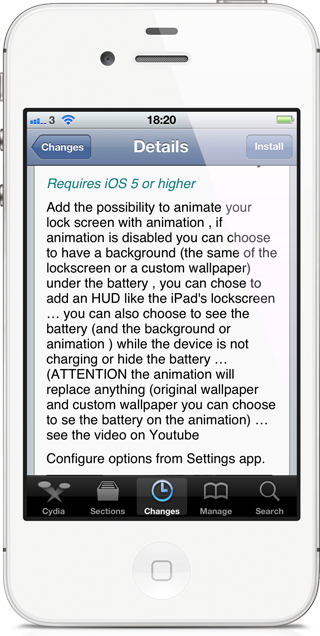 The package itself is pretty self explanatory and does exactly as the name suggests by allowing animated and engaging wallpapers to be set directly onto the device display when it is in a locked state. We have seen previous examples of jailbreak based software that allows animated and video based wallpapers, but the majority of them have all encountered the same issue – not having enough default or stock options. That doesn’t look like it will be an issue with AnimateLockscreen as it is based around boot logo animations and comes with hundreds of default combinations as standard. 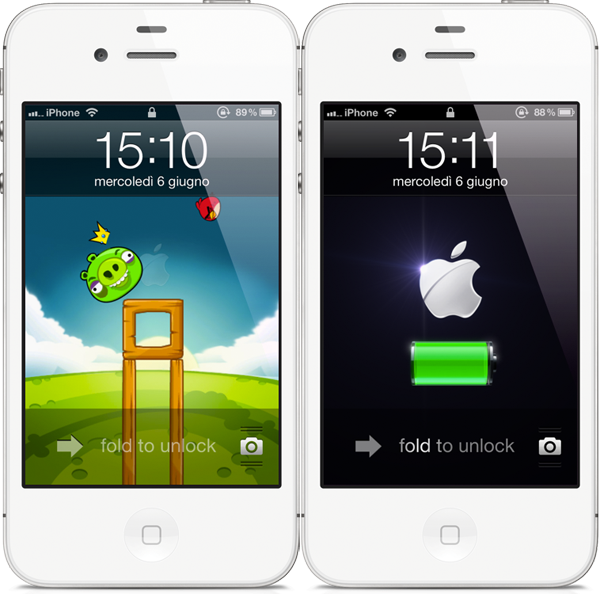 In order to offer users the best possible animated experience, AnimateLockscreen comes packaged with an extensive list of configurable settings that allow users to customize the experience to suit their exact requirements. One of the problems that a lot of tweaks suffer from in my opinion is the fact that they are set up in a specific manner and don’t allow the user to express themselves, an issue that AnimateLockscreen certainly isn’t hindered by.

The package doesn’t append the Springboard with any additional icons with all of the tinkering being able to happen from within the Settings.app, such as having the ability to change the location of the battery symbol that is shown on the lock screen when the device is plugged into a power point. The tweak should definitely appeal to a large percentage of jailbroken users considering it allows individual device customization as well as having enough settings options to satisfy even the most hardcore.

AnimateLockscreen is available from the BigBoss repository for $1.00.