Since it’s very beginning, Android has had a rather different way of managing storage space. In the initial devices, the internal memory was really low (imagine a device today with mere 512 MB of storage), and even in those that had larger capacities, it wasn’t possible to even move apps (and data) to SD card for efficient utilization of available space. This, however, brings to me to my second point, that Android has almost always supported external, expandable memory in the form of SD cards. It was quite a way to compete with the main contender in the smartphone arena, too; Apple’s iPhone has always had much larger internal memory (8GB was the very basic), but Android managed to keep the cost lower by embedding a lower capacity flash memory and providing the freedom to expand on it at your will through SD cards.

The trend has changed as the years have passed, and these days, most of the Android devices out there carry more than sufficient memory, some of them even topping off the likes of 64GB with expandable external storage of up to 32GB through SD cards. The problem even with these, however, is the fact that these devices have a bifurcation of memory; 2GB might be allocated as “internal memory”, while the remaining would be available to the user in the form of storage/SD card partition. The disadvantage of such an approach is the fact that many apps, including today’s larger games, would not store their data in SD card, thereby wasting precious internal memory. And when you talk about some of the newer titles from Gameloft, trust me, that’s a lot of game data that you’re talking about. It’s for such scenarios that FolderMount comes into play. 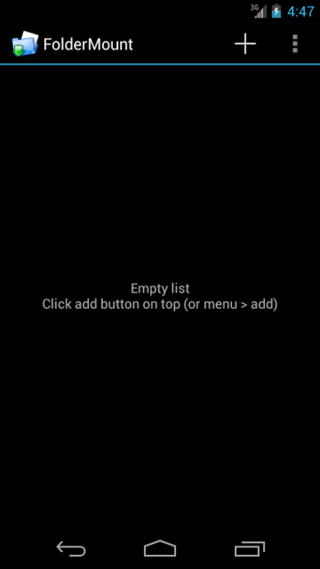 FolderMount is an independently-developed app from XDA that allows you to mount internal memory folders to external memory (sdcard partition) of your Android device, making the system believe that it’s making use of the internal storage, whilst putting the actual data in the larger partition. In doing so, the app will allow you to keep only the essential APK files for various apps in rather-scarce internal memory, while the associated app/game data would go to the external memory, putting you in a win-win situation. Since a lot of users don’t mostly utilize all the external storage, this would be an ideal solution, especially if you have an Android device that follows this distinction or comes with low internal memory. 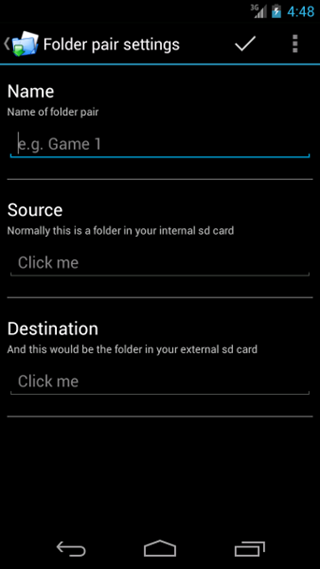 Officially supported features of FolderMount include:

The app is still in early beta, so expect some bugs. The developer promises continued development and subsequent improvements, so keep on the lookout. For download link and technical details, please head on the XDA Developers forum thread below.