Apple’s close relationship with U2 has been long-standing and, from an outsider’s point of view, pretty harmless. Indeed, the fact that the Irish band’s latest album Songs of Innocence was to be released for free as an iTunes exclusive was clearly a win for the consumer. The move, which was announced after Apple’s iPhone 6 event last week, presumably meant that U2 fans could get their fill for free – excellent – while non-U2 fans could just skip the release. Much to the surprise of just about everyone outside Apple, though, the album was pushed out to just about everyone with an iOS device, much to the bemusement of those who don’t happen to like U2.

There’s a saying that one should never look a gift horse in the mouth, so from one aspect, one could argue that Apple have something away for free, so what’s the big deal? Unfortunately in this modern Digital Age, consumers are adverse to such thing as bloatware, which is usually takes the form of an app, or game, or in this case, album that they did not ask for or want. 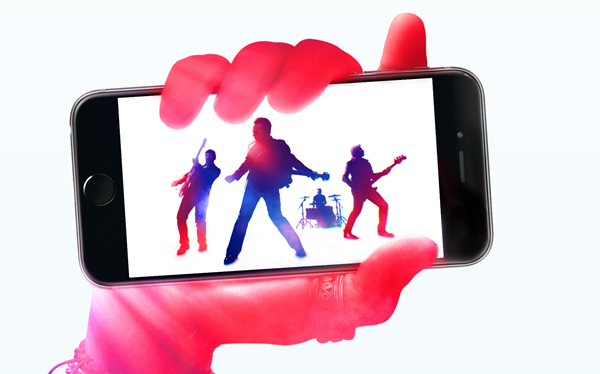 Often, when purchasing a new device, we’re forced to remove boatloads of content placed by the carrier, manufacturer or even a third-party reseller. But while iOS users tend to get off lightly in this regard compared to their Android-using counterparts, the same cannot be said for U2’s latest collection of noise.

If you deem Songs of Innocence to be guilty of unlawful intrusion into your iTunes account, Apple has thankfully made it painless to remove it. It’s an impromptu move seemingly triggered by the negative reactions, and below, we’ve prepared a short guide.

Step 1: First and foremost, point your browser to itunes.com/soi-remove 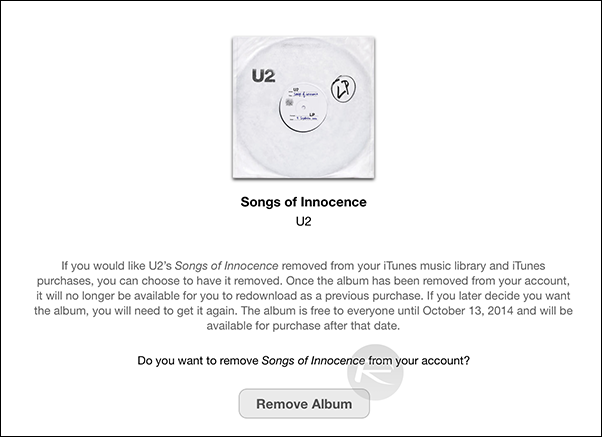 Step 2: Next, be sure to read the information that Apple provides on the landing page. When you’ve done this, click on the ‘Remove Album’ button.

Step 3: Finally, key in your Apple ID credentials, and voilà, no more Songs of Innocence on your playlist.

For all of the seemingly good decisions that Apple has made with its products, we’re not really sure what Apple was playing at here, but if nothing else, hopefully the company has realised that not everybody gives as much of a damn about U2 as it does.

On a side-note, it’d be nice to have the option to remove purchases from iTunes / App Store accounts as standard, right?