With the capable cameras that today’s flagships come with, more and more people rely on their mobile phones to capture their fond memories, be it in the form of photos or videos. For tech junkies and photography enthusiasts, the photo collection in our phones at times reflect our total collection, and can contain gems that are simply irreplaceable. So what happens when some of these photos and/or videos get accidentally deleted?

Ideally, you should backup everything on your smartphone on a daily basis. With digital data, the unfortunate reality is that it’s much more prone to destruction than its physical counterpart. With backups, you at least have a copy of your precious photos and videos stored elsewhere that you can ultimately resort to should things go south. However, recovering stuff from backups can be a pain in itself, especially if you’re dealing with an iTunes backup that an iPhone or an iPad makes. There’s just no easy way to recover just a particular photo from an iTunes backup. Period. 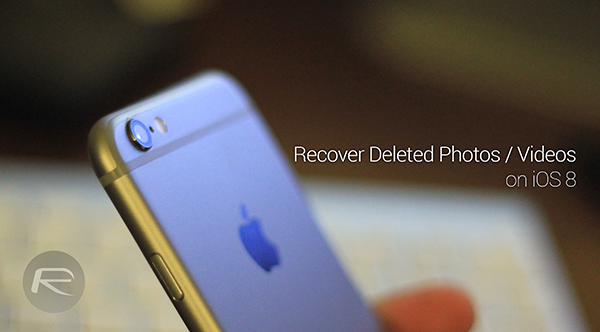 Over the last couple of iterations of iOS, Apple has been making steady improvements to how photos and videos can be protected, ultimately acknowledging that the camera on an iPhone is the most popular on Flickr. Photo Stream is one great example, and iCloud backups of Camera Roll yet another. However, with iOS 8, they’ve made it dead simple, and in case you missed it, we’ll show you how you can make use of this highly useful feature.

Step 1: Launch the Photos app on your iPhone or iPad.

Step 2: Tap on the Albums view. 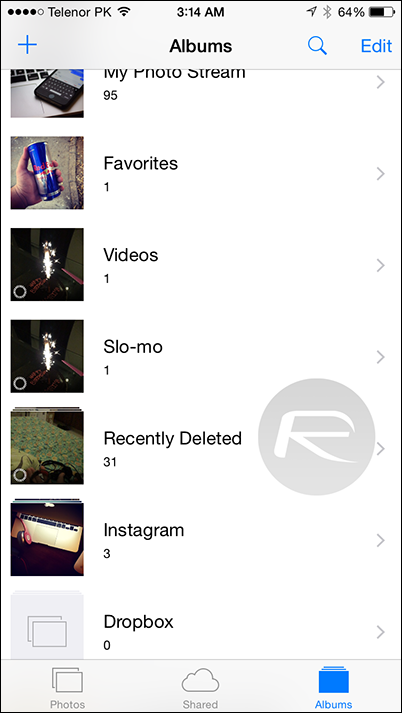 Step 3: Tap on the ‘Recently Deleted’ album; this is the location where all your deleted photos or videos are stored. 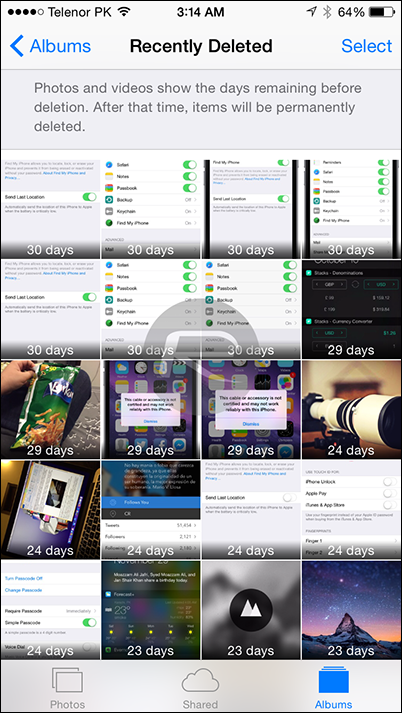 Step 4: Tap to open a photo or video you wish to un-delete.

Step 5: Now simply tap on the ‘Recover’ button on the bottom right corner to, well, recover the photo / video. 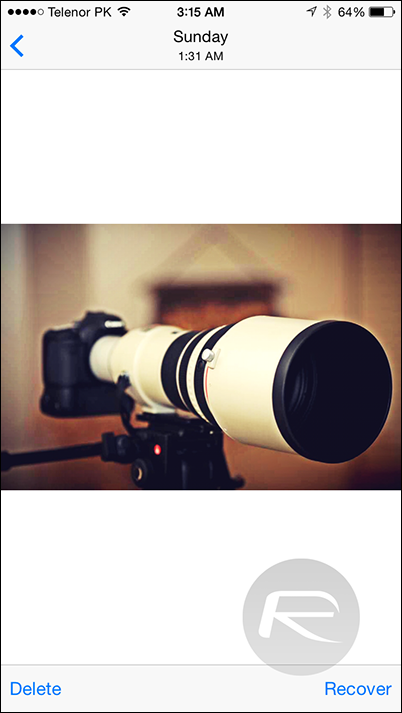 Recovering photos and videos from the Recently Deleted album is a dead simple way to bring back something that was accidentally removed from your iPhone or iPad. There is, of course, a caveat to the entire deal, in that the photos / videos are there for only until 30 days. If your precious photo / video has crossed the 30 day limit in the Recently Deleted album, then it’s gone for good.

All we’d recommend is, next time you end up wishing you hadn’t deleted a photo or video (intentional or accident) and you have an iPhone or iPad running iOS 8+, it’s worth taking a look inside the Recently Deleted album.