Chainfire3D, more commonly known as CF3D, is an intermediary OpenGL driver that lets you play Tegra Zone Games on non-Tegra2 CPU devices. This app actually manipulates the system by acting as a bridge between the apps on your phone / device and graphic drivers.

CF3D can be used for variety of purposes meaning it’s functionality isn’t limited to making your non-Tegra2 device compatible with Tegra Zone Games. There are a number of built-in functions and you can easily enhance it’s capability by getting extra plugins. 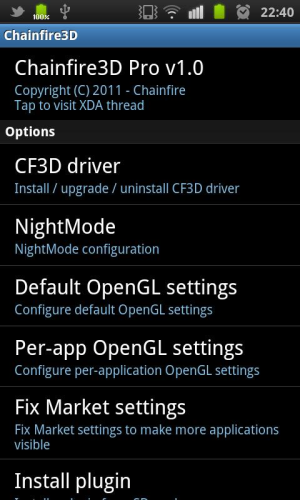 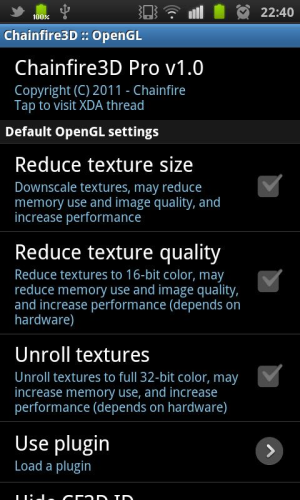 The CF3D app comes with ability to enable NightMode on your phone along with tinkering with textures and other graphic elements. I found the NightMode option quite interesting because it can reduce battery consumption by OLED screens. The app is available as Pro [Paid] and Free versions in Android Market. You’ll need the Pro version of CF3D to enable Tegra Zone Games on non-Tegra2 phones like Nexus One, HTC Desire etc. 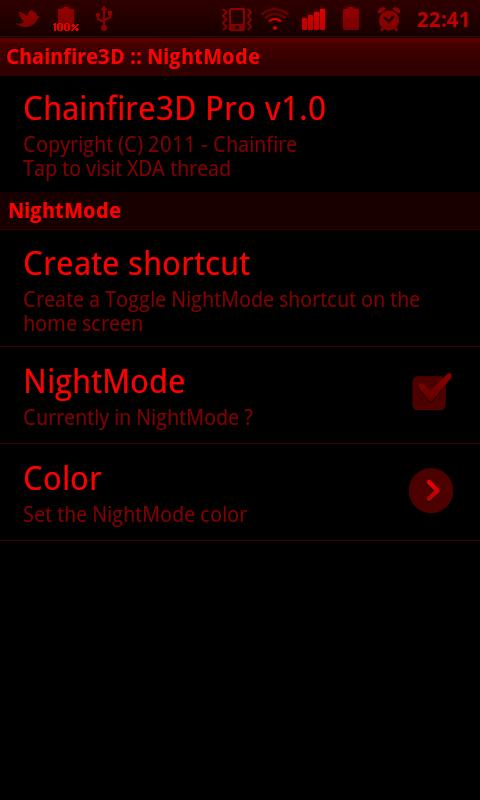 The free version of CF3D comes with Global OpenGPL Manipulation that let’s you reduce texture size and quality as well as allowing you to load plugins and unrolling textures. The Pro version of the app comes with Fix Market Settings, Open GPL Manipulation On Per App Basis And Disabling Chainfire 3D Detection options. It is important to note that Chainfire 3D is only meant for Android phones that have 1.0 + GHz processors with Android 2.1 Eclair or later. The developer categorically mentioned incompatibility of this app with Android 3.1 Honeycomb.

Here is a list of phones on which Chainfire 3D has been tested as working: [Data from App Developer]

And here is the detailed guide on installing and setting up Chainfire 3D Pro to play Tegra Zone Games on non Tegra devices.

And there you go! You are now all set to play any Tegra Zone game on your non Tegra device. In case you are facing glitches or need some more information, the head to the official XDA thread posted here.