Listening to music on a smartphone can be a wondrous affair thanks to the many different sources of music that we have to choose from. Whether your music comes from Spotify, Apple Music or Google Play Music, enjoying it with friends is something that a smartphone isn’t always the best at facilitating. With headphones being the most natural way of getting music out of a smartphone, the whole experience is usually a more private one rather than something to be shared with others. AmpMe is trying to change that.

As the slick video embedded below will attest, AmpMe’s claim to fame is being able to play music across many different devices at once with the audio being played through the speaker on each device. That multiple-device aspect is what makes AmpMe so interesting, and one that means audio quality can be improved thanks to there being more speakers in use across a wider space. AmpMe will always sound better than music being played through one smartphone speaker. It’s that simple. 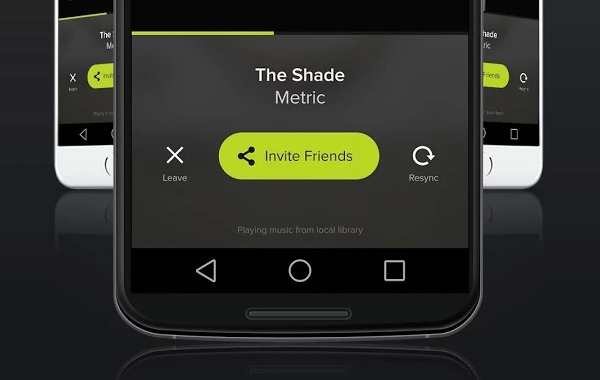 With AmpMe installed, a host can choose to play music from their own smartphone via their method of choice and then let their friends effectively use their devices as external speakers. The audio is kept in sync throughout, which is important, and the result is the same music being played across a host of devices no matter whether their owners have the music themselves, or not. Everything’s transmitted wirelessly and effortlessly. It’s almost like magic.

– Put AmpMe on your phone and on as many of your friends’ devices as you want, then sync and you’re ready to party
– Host your own party or join a friend’s
– The host can search for their favorite songs, artists, albums, or playlists
– Once the host hits “Play”, friends can join the party
– Syncing starts automatically and, in seconds, your friends become speakers
– Compatible with smartphones & tablets and bluetooth speakers (with a microphone, e.g. Jambox, etc.) 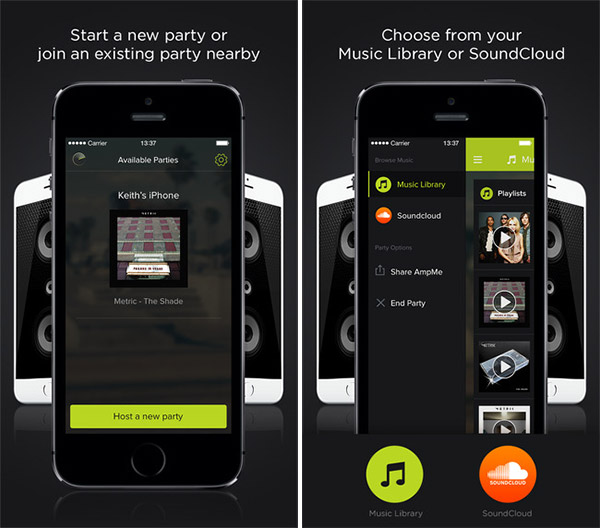 Those who may be able to take advantage of AmpMe can do so for free, regardless of whether they are iPhone or Android users. The interesting part here is that smartphones from different manufacturers, and indeed, using different operating systems can work together without issues. Now that really is magic.