How To Install SNES SiOS Emulator On iOS 8 Running On iPhone 6 / 6 Plus, Other Devices [Video]

Nintendo’s introduction of the Pokémon Trading Card Game for iOS earlier this week presented us with renewed hope that the gaming giant may finally bring the likes of Super Mario Bros. and Zelda to smartphones and tablets, but for the time being, we’ve always got emulators. As far as iOS is concerned, normally the only way to run titles from the likes of the NES and SNES is to jailbreak, install one of a number of emulators, and proceed to run the ROMs, but here, we’re going to show you how you can enjoy SNES games on iOS 8 without a jailbreak.

SiOS enables iOS 8 devices to play SNES titles, and even though there’s no current jailbreak on the new Apple mobile software to speak of, this is largely irrelevant in terms of getting this tool up and running. 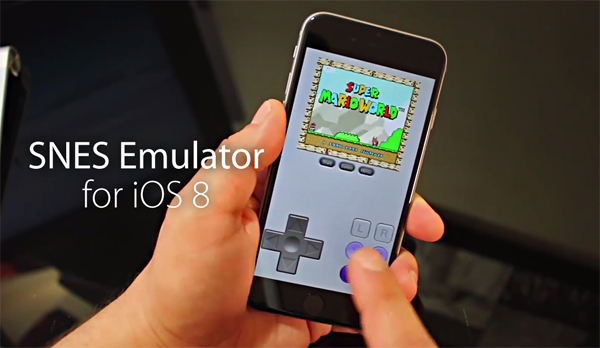 There’s a video tutorial, which you can find at the foot of this article, but if you want to dive straight in, here’s a summary of the steps:

Step 1: On your iOS 8 device, open up the Safari browser and point it over to: iEmulators.com

Step 2: Hit the Apps tab, scroll down to SiOS, and then Install. After a few seconds, you may need to hit Install again.

Step 3: Fire up Settings > General > Date and Time. Toggle Automatically Set to OFF, and manually set your date to two months previous. If, at any time, you get an “unable to download” popup, just keep tapping on Retry. Once you’ve set the date back, installation should proceed.

Step 4: Once SiOS has finished installing, open it up and tap Trust when prompted.

That’s it, the emulator installation process is complete at this point, and now you’re left with hunting down ROMs to get your game on!

It’s a neat, smooth little emulator, and because it grants users jurisdiction over how the controls are set, it doesn’t compromise the actual experience for the novelty and nostalgia of playing SNES titles on iOS.

Here’s the video, and as ever, do leave your comments below.