Web browsing is an integral part of owning a smartphone or tablet, and as is the case with the desktop, we expect as snappy a service as possible. But while the numerous enhancements applied by both vendors and third-party developers has made for an altogether more streamlined surfing experience, there’s always room for improvement. Internet Speed Master for Android aims to do exactly that, by modifying certain system files in an attempt to provide optimum speed. Details after the break!

The great thing about Internet Speed Master is that it is designed to work with just about any ROM, and despite being made with the rooted Droidster in mind, will also work some of its magic on your non-rooted Android smartphone or tablet. 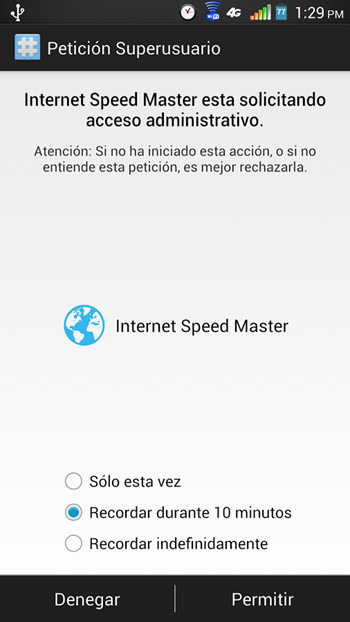 The developer stipulates in the release notes over at the Play Store that Internet Speed Master works much better on a device with root access, but since not everybody is brave or experienced enough to go ahead and root, it can be downloaded and run on an untouched, stock device as well.

Internet Speed Master is based upon a tried and tested Linux tweak that modifies certain files related to tcp/ip config. Once you’ve downloaded and installed the free app on your device, you simply push the pop-up button and wait a short while for Internet Speed Master to begin working on pushing the speed boundaries of your device. 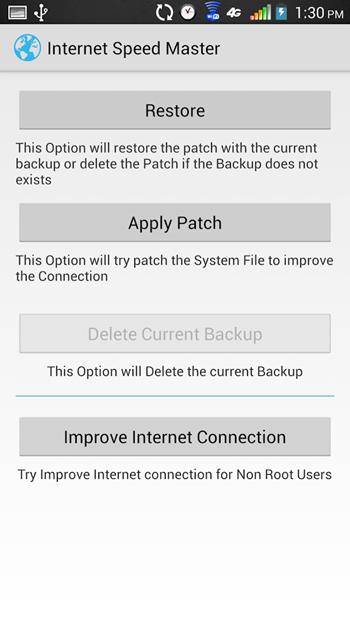 Once the process is complete, you receive a message notifying as such, and from then on, you should notice some speed improvements when using your device’s connection. Since it tweaks the way your device processes information rather than doing anything to the connection itself, the app should bring enhancements whether you’re on Wi-Fi or indeed the cellular 3G / 4G connection. 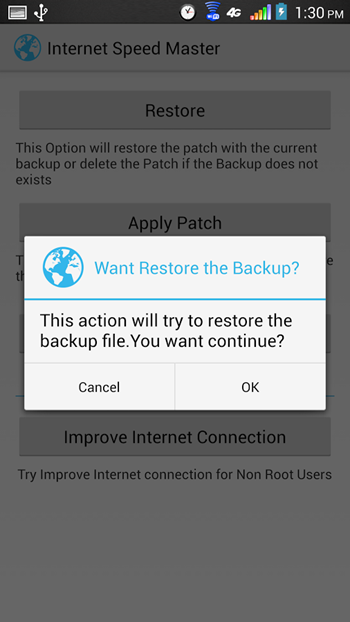 Having given it a try on the HTC One, I couldn’t say I did notice any real improvements, but on a rooted Galaxy S III, the alterations where much more noticeable. Thus, I must echo the sentiments of the developer in stating that if you do want to get the most from Internet Speed Master, you’re almost certainly best off rooting, and if you do happen to give this app a whirl, be sure to leave your comments below.

(Download: Internet Speed Master for Android on the Play Store)