How To Hide iOS Dock On iPhone Without Jailbreak

If you find yourself with one of Apple’s iPhones running a version of iOS that doesn’t currently have a jailbreak solution available for it, then the chances are that you’re missing some of the tweaks and extensions that you may have once used. Presuming that you have a jailbreak history, of course.

Unfortunately, some things you just can’t achieve on an iPhone without it being liberated from Apple’s walled garden. On the plus side, some things you can do, like provide the illusion that the iOS Dock has been hidden thanks to a little wallpaper processing bug that seems to exist within certain versions of iOS. We’re going to walk you through the process of getting up and running with this neat little effect. 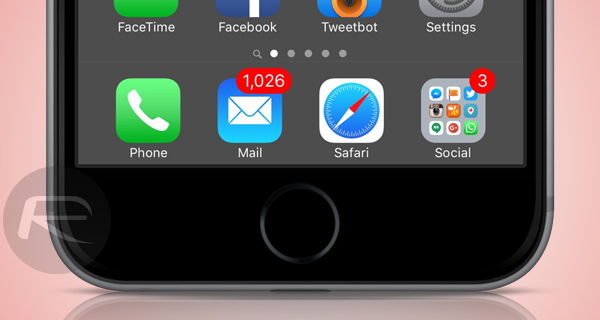 Not everyone is a fan of the shaded effect on iOS Dock, and this simple little trick allows users to remove it – or well give the illusion of it – in no time on most non-jailbroken iPhones. We have tested and confirmed that this trick works on non-jailbroken iOS 9.3.x and even jailbroken iOS 9.1 devices, and should perhaps work on other iOS versions as well.

Hide iOS Dock on iPhone without a jailbreak:

Step 1: First and foremost, you’re going to need to download the required image that will be used as a wallpaper on the iOS device in question. This image basically makes all the magic happen. You can grab the necessary file from the URL here: 98.246.187.61:47224/hide_the_dock.html.

Step 2: Save the image to your Camera Roll. You can do that by tapping and holding on the image, and selecting Save from the resulting menu.

Step 3: Now launch the Photos app on your iOS device.

Step 4: Tap on the image that you saved to your device in Step 2 above. Next, tap the iOS Share button to bring up the Share Sheet. 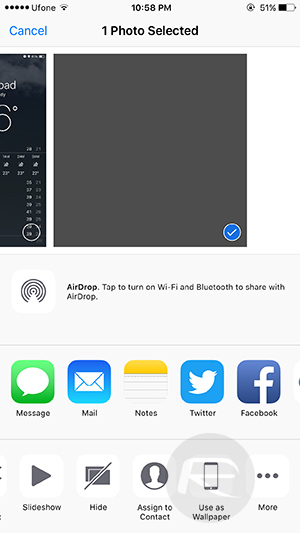 Step 5: Tap on Use as Wallpaper, followed by tapping on Still, and then finally apply it to the Home screen by tapping on Set Home Screen, as shown in screenshots below. 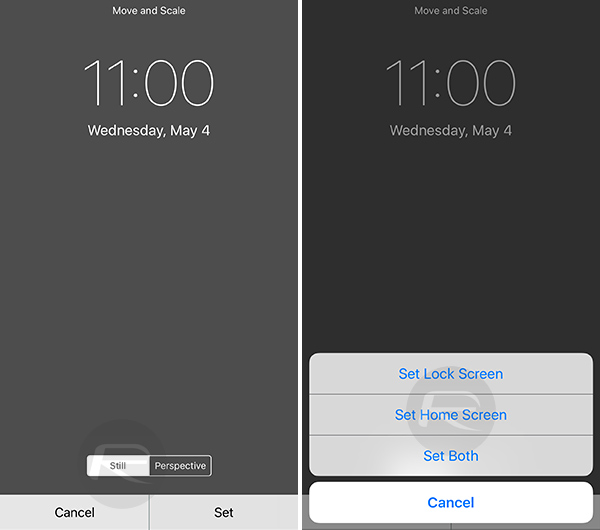 Now simply close the Photos app and go back to the Home screen. The Dock on your iOS device should be invisible/transparent now. 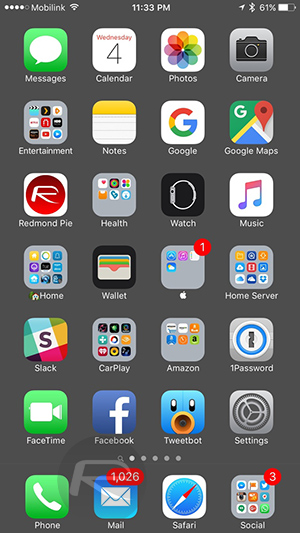 The wallpaper processing bug that it relies on seems to be very similar to the one that allows users to set a very tiny 3-by-3 pixel image as the wallpaper to provide a rounded corner effect to folders on non-jailbroken devices. It’s definitely not going to appease those who want a jailbreak, but it’s certainly a fun little trick. You can find our guide on rounded folders trick here: How To Make Round Folder Icons On iOS Home Screen Without Jailbreaking.