Facebook owned Instagram is without a doubt one of the most popular apps in the mobile world. Opinion will always be split on the photo editing and sharing network, but it’s definitely difficult to recall how we managed to share our photos with the world so quickly and efficiently before the app came along. Regardless of whether you’re a hardcore Instagram fan who professes that addiction to all who’ll listen, or a closet snapper who uses the app in secret to apply a sepia filter to a photo of your lunch, we all deserve to be running a streamlined version of the app. And thanks to developer krishneelg3, Android users can now get a modified version of Instagram that is as beautiful and functional as Instagram for iOS 7.

We really don’t know why the official Android version of Instagram has been left behind in terms of an aesthetic overhaul. The introduction of iOS 7, and the radical changes that it brought, meant that development houses had to pull their apps apart to get them ready for the future of Apple’s mobile OS. Instagram was amongst the first to be brought up to speed for iOS 7 capable devices, but in the middle of that panic it seems that the Android version has remained stagnant and is certainly starting to feel old and clunky. The Android iOS 7 Instagram project is essentially a re-build of the app that implements the gorgeous visuals directly onto Android. 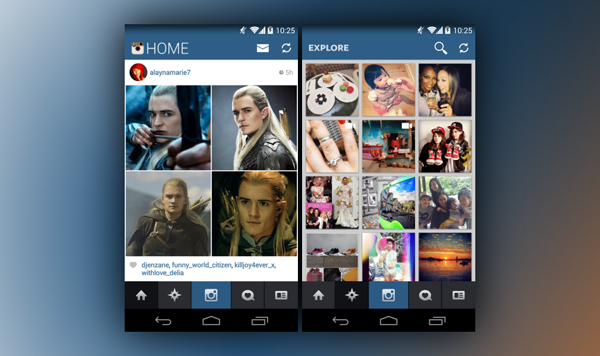 The project itself is a bit of a development minefield in the fact that it isn’t just a simple interface overall of an existing build. To get things exactly how he wants, the developer has started from the beginning and rebuilt the app to look and function in the same way as the version that currently sits on the iOS App Store. The tabbed navigation that offers seamless transition between screens has been added to the modified Android version, as has been the more intelligent and natural layout of content that makes things a whole lot easier for the end-user. 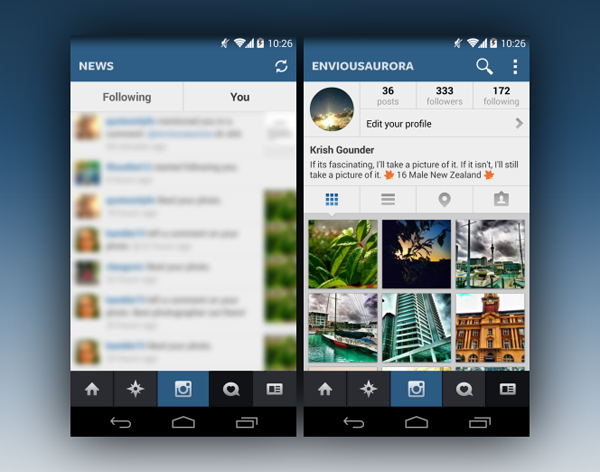 The app is currently sitting at a 0.4 stable release, which means that it should be suitable for usage on most devices. The Play Store variant of Instagram will need to be completely removed from the device before attempting to install the modified APK. As you might expect, a project of this nature definitely comes with its fair share of challenges so anyone installing it should expect to come across bugs and inconsistencies at various stages.