Certain parts of iOS have remained pretty much identical since they first saw light back in 2007. When placed side by side with earlier versions – back before it was even called iOS – the software will look different and there are many traces of evolution, but there is quite a large part of the software that has been left untouched in the last five years. 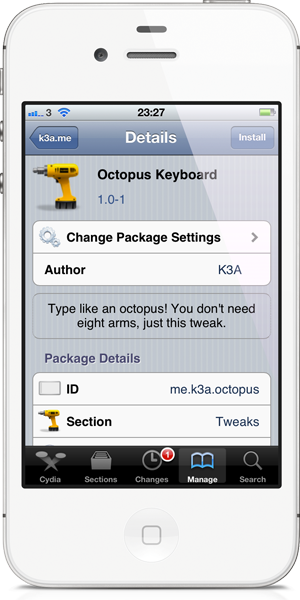 Thankfully, the jailbreak development community has always been on hand to rectify that issue by pumping out useful and innovative tweaks that right certain wrongs with the operating system. In the past we have seen Apple implement features which seem to have been taken directly from competitors, but this time it is the turn of third-party developers to introduce a feature which RIM showcased with the BlackBerry 10 operating system.

The Octopus Keyboard makes you quickly use swipe gestures to input words. When the BB10 OS was introduced, one of the most talked about feature was the rather unique and awesome looking keyboard, and while initial chatter went around about someone bringing it to iOS, it has only seen the light of day tonight through the developer’s personal repository. So what exactly does Octopus Keyboard do and bring to your iOS device? 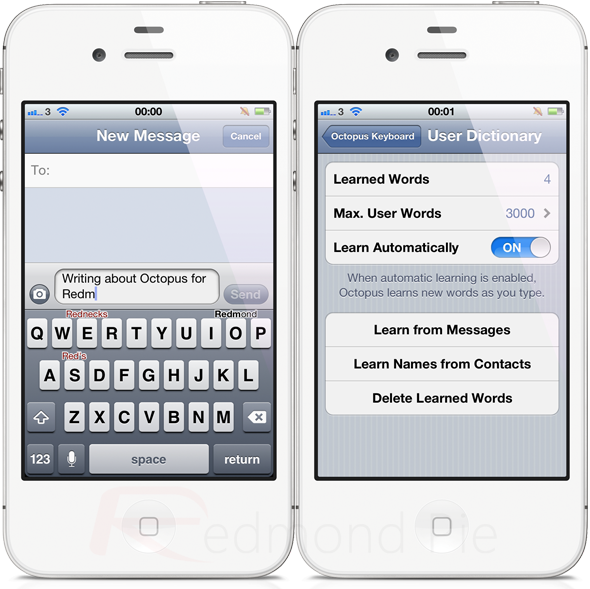 The tweak – first and foremost – hooks directly with the keyboard of your iPhone. Unlike other keyboard modifications where the whole thing is replaced, Octopus Keyboard doesn’t require any international keyboards to be implemented, and instead just makes itself at home over the top of the standard native keyboard. The package works by recognizing a word which it thinks you might want to use and displays it above certain keys on the display. If the pulled up word is correct, a simple tap and vertical swipe quickly enters the full word into the text field.

One of the great things about Octopus Keyboard is the ability to either manually add words from your own vocabulary or allow it to download the iOS dictionary in the background, making itself more intelligent and able to better predict the words you would want to use. As the package is used over time, it also gets better at producing the right options.

Octopus Keyboard is currently available via the developer’s personal repository which can be found at http://k3a.me/c and will be live on the BigBoss repository soon. Before the tweak can be used a license needs to be purchased for $4.99.