Ever since the Evasi0n7 jailbreak recently came about courtesy of the Evad3rs team, we’ve seen swathes of great tweaks and apps emerge from the Cydia Store. Many of them have offered ways to truly manipulate the functionality of iOS in a number of ways, while others, like today’s tweak, are a lot more aesthetically-focused. Eclipse, a new tweak by developer Guillermo Morán brings a "night mode" to the interface, so all of the bright, white color effects become a mixture of dark grays and blacks, nicely accented by an optional orange tint.

These kinds of tweaks appear to be hugely popular among jailbreakers. f.lux, for example, is a nice little utility that allows you to add warmth to your display with certain dimming effects, and these can be tuned to operate in sync with the time of day. With a similar aim, Eclipse takes the bright colors of the stock iOS UI and replaces them with darker colors, bringing a night-time, eclipse-like effect. 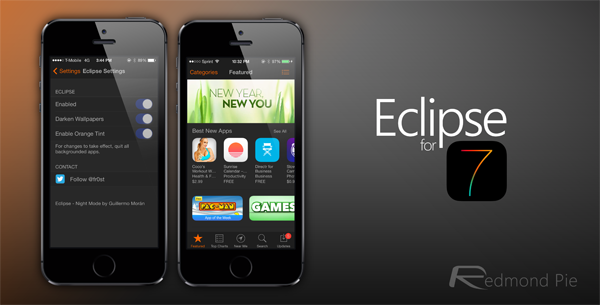 The tweaker has been gradually preparing the app and posting regular updates on its progress via the Twitter handle @fr0st. With support for the stock apps, as well as many popular third-party utilities like WhatsApp and Facebook, you can treat almost every aspect of your device to the new look, and if you’ve always found iOS to be a little on the light side, this is definitely a tweak you’ll want to check out. 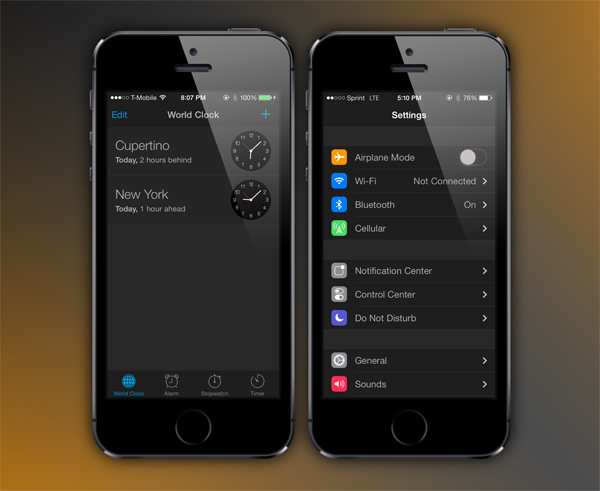 Before you get started with Eclipse, you will of course need a jailbroken device, and it should also be pointed out that the tweak only currently works with iOS 7. Still, provided you meet the prerequisites, you can get started by heading over to the BigBoss repository and scrolling down to Eclipse. All settings for Eclipse can be configured from the native Settings.app on your home screen, from where you have the option to darken the wallpaper you’re using as well. 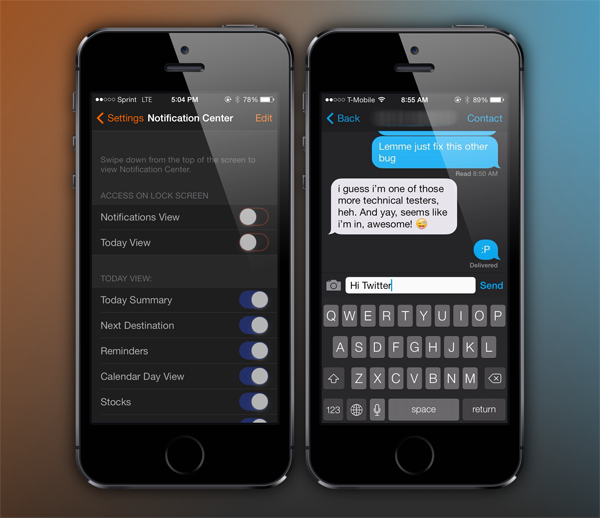 It costs 99 cents, but whether you prefer the darker look or have simply grown a little bored of the stock set up, this is one of the more conspicuous theming tweaks you’re likely to find in Cydia. Also, keep in mind that there’s no iPad support just yet, but we’re sure that will arrive in an upcoming update. The tweak is supported on the iPhone 5s, and the next update will also include an auto scheduler mode for switching between the night and day modes.

Download it, give it a whirl, and be sure to leave your thoughts and opinions via the usual mediums below!