How To Get iOS 5 Like Banner & Bubble Notifications On Android

Android and iOS are two very different ecosystems, and while it’s a matter of opinion as to which one is more superior, each has its strengths and weaknesses. Up until last October’s release of iOS 5, the notification system of Apple’s mobile OS was nothing more than a whimsical collection of popups and alarms, but the Notification Center soon saw to that, and thanks to iPhone Notifications for Android, a similar system can be replicated on devices running Google’s domineering mobile software.

Android vs. iOS is as fiercely contested as Pepsi vs. Coke or Red vs. Blue, so you’d be hard pressed to find an ardent iOS fan who’d admit Android has its strengths over iOS, and vice versa. While I’m personally unwilling to dive into the most heated of arguments, I will simply say that iPhone Notifications offers a very realistic, sleek iOS-like experience to those running Android. 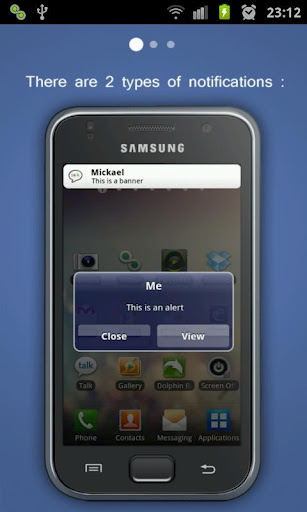 I don’t subscribe to the notion that appreciating aspects of one OS constitutes some form of partisan affiliation, so I can appreciate that an iOS-like notification system is actually a nice feature, so there’s no reason why an Android user shouldn’t be able to join in the fun, too. The developers of the app note that it can "greatly improve the way your device displays notifications," but actually, it doesn’t. It is simply a novelty, and offers the quintessentially-iOS notification bar and bubble. 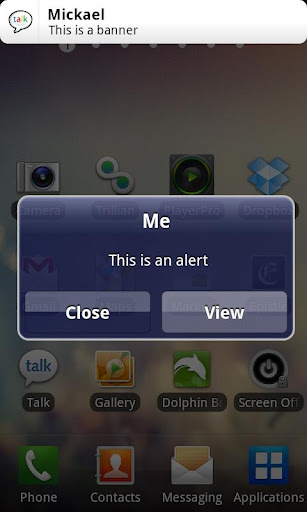 As is the case with most Android apps, there’s a standard version, which offers a taster, and a full version which pitches a few tasty additional extras only available once you’ve parted with your money. In this case, the full version will allow you to display full notification text, set individual settings for each app and tailor the experience to the nth degree by choosing themes for the notifications and setting custom vibration patterns. 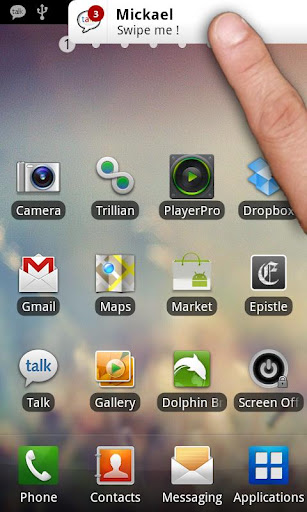 As per usual, we highly recommend you opt for the free version before you take the plunge and spend your money. The full (non-lite) version costs $2.63, and both apps are linked to below: