How To Get Android Style Weather Widget On iPhone

Although we love Apple and their fantastic phones, personal music players and tablets, we have always said time and time again that one of the great things about being able to jailbreak an iOS device is the feeling of liberation that is achieved when we step outside of the Cupertino walled garden. A lot of jailbreakers simply like to install that one simple tweak that might introduce a new feature they really need, whereas others like to go the full hog and totally reinvent the interface and customize almost every aspect of the system. For those that like to customize and draw inspiration from Google’s Android, then the JellyBean iWidget is definitely a good option for weather forecast lovers.

The JellyBean iWidget is pretty much exactly as the name suggests, in the fact that it allows jailbroken iOS users to activate a Jelly Bean themed weather widget on their device, although we’re somewhat amazed in what ways it resembles the native weather widget, but let’s not get into that. When installed, the widget is activated by pressing and holding on a spare space on the home screen in a similar fashion how app icons are put into edit mode. From the resulting list, the JellyBean iWidget is selected to access the various options that make the service work.

Users can decide whether or not they want to allow the weather information to be pulled using GPS coordinates on the device, or whether or not to use a Yahoo! based city weather code that can be obtained from the web. Different clock formats can be set for the clock on the display, as well as choosing from a selection of five European languages including French, Spanish and English. The obligatory Fahrenheit and Celsius temperature formats are also offered. 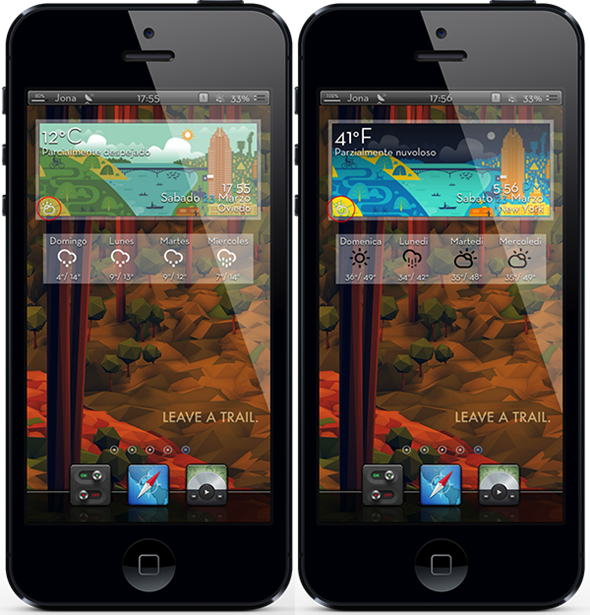 A selection of different weather images and forecast based icons are also available, with users being able to toggle between forecast and non-forecast states with the simple touch of a button on the main interface. To prevent battery life from being excessively drained, it is also possible to set the refresh rate in fifteen minute intervals.

JellyBean iWidget is available as a free-of-charge download from the ModMyi repository with no specific iOS version requirements being given.