Back in August of 2011, the author of the well-known Android custom ROM – CyanogenMod – joined Samsung in order to improve the company’s fortunes with the Android operating system, which back in the day only occupied a small niche in the market. He has now revealed that after nearly two years, he’s a free man once again. What could he be up to next?

It is not yet known what Kondik did for Samsung, though he listed his occupation as a Software Engineer. News of his departure came as he voiced his (overall positive) opinion on the Samsung Galaxy S4 on his Google+ page:

I got to spend some quality time with the S4 (final hardware) before I left Samsung. 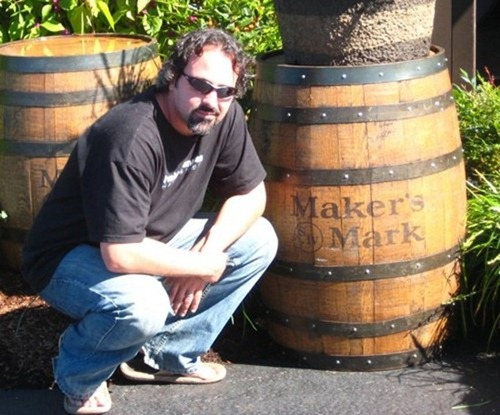 This revelation caught many by surprise, as no news of his departure had been explicitly voiced by either him or Samsung itself. So far, Kondik has been refusing interviews or any comments regarding his departure, yet he claims that the leave was in good terms. In a statement, he also hinted at good things to come in the future, “in a couple of months”, furthermore, Kondik did not reveal what he’s planning to do after his departure from Samsung, instead stated “Ask me in a coupe of months”.

CyanogenMod first became popular way back in 2009, months after the release of the original version of Android. The mod has grown in popularity ever since, especially among power users looking to get more out of their devices. This Android mod features many customization options many had been longing for, such as native theming support, an OpenVPN client, tethering through Wi-Fi, Bluetooth and USB, CPU overclocking and FLAC codec support. Even after Steve Kondik joined Samsung back in August 2011, development of this mod remained largely as usual, with the latest building supporting the latest version of Android.

Apart from his praises for the Galaxy S4, Kondik doesn’t seem to be happy with Samsung’s homebrewed skin for Android smartphones; TouchWiz. He said that TouchWiz has come a long way and now feels “flat” and “clean”. He further said that “Say goodbye to all of the nice touch-friendly ViewPagers and say hello again to a fully tabbed UI. You’ll also enjoy the seemingly endless onslaught of popup windows and modal "Loading…" dialogs”. He further added that the performance of the UI is average and is a good and bad offering at the same time.

UI performance is average. It’s better and worse at the same time, depending on your viewpoint I suppose.

We are left to see what Kondik might be up to. His talent and influence in the Android community is indisputable, and surely he must be receiving many offers from lots of smartphone markers, yet the famous Android modder might instead settle for a project of his own and escape the “9-to-5” work life. Indeed, it will take a few months for us to find that one out; yet, regardless, we will see more of him soon.