If you took the time to sift through Cydia and see what developers have actually released for liberated iOS devices, then you would be amazed at the ingenuity and level of thought that actually goes into producing a tweak. As more and more packages are released, and Apple continues to update iOS, it becomes increasingly difficult to imagine what developers are going to come up with next, but somehow they always manage to find something.

One of the latest packages to hit the Cydia platform is known as FaceMail, and is a tweak that brings a marriage between the native iOS Mail app and the official Facebook app from the App Store. As we all should know by now, Facebook has recently given its iOS app a makeover to make it lightning fast, so it’s only fitting that it should get a little bit of jailbreak treatment. FaceMail doesn’t really exist to bring any massive functionality to the social network, instead, puts right a wrong that has probably not even been noticed by a lot of users, but that severely annoys those that have come across it. 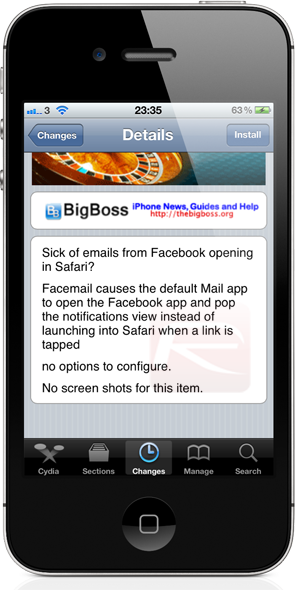 Part of the Facebook social network allows users to be alerted via email when some activity happens on their account. One of the possible activity alerts comes when a notification is received on the account, an email is pushed to the device to alert the user. Clicking on any link in the email invokes an instance of Mobile Safari and takes the user to the mobile Facebook website to sign-in and see what the alert is all about. Not exactly a seamless experience, but it is one that we see all too often in iOS.

FaceMail changes that behavior by creating a link between the Mail and Facebook apps, meaning that when a link is tapped from an official Facebook email account, it will open up in the installed Facebook app and take the user to the notifications section rather than trying to force a log-in through Mobile Safari. As is usually the case with packages like this, it seems to have been born out of one developer’s hate of how iOS handles a certain situation, and if it affects one user, then the chances are; it has affected many. 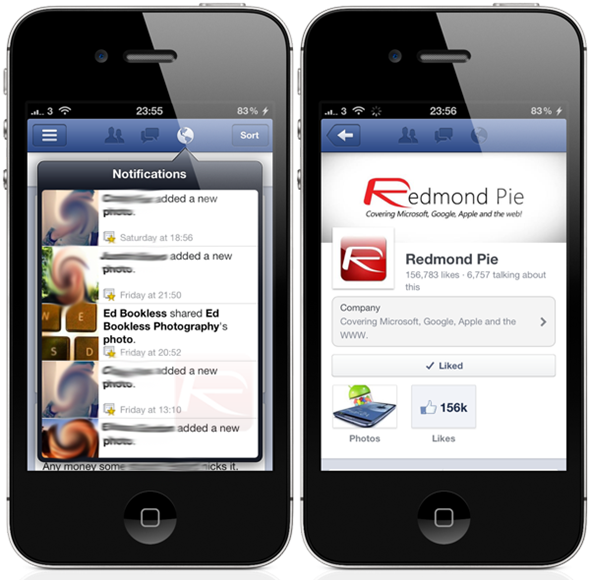 FaceMail is available as a free of charge download from the BigBoss repository with no specific iOS version requirements being given, but does require the official Facebook app to be installed on the device.