How to Enable Voice Control Instead Of Siri On iPhone 4S

I have an iPhone 4 and have been tempted to upgrade to the 4S since its debut. I don’t use my camera all that often and don’t care about getting more room for pictures, videos and apps. It’s Siri that has me considering the upgrade. And I would get it if it weren’t for the hefty price tag that comes with. That, and my contract won’t be eligible for renewal for another year and a half.

So while I consider the pros and cons of switching, I can use a limited voice control option on my phone now. The feature is appropriately called Voice Control and is found on the iPod touch (4th Generation), iPhone 3GS, iPhone 4 and even iPhone 4S Apple handsets.  You may use it with either the internal microphone, headset or paired Bluetooth device. 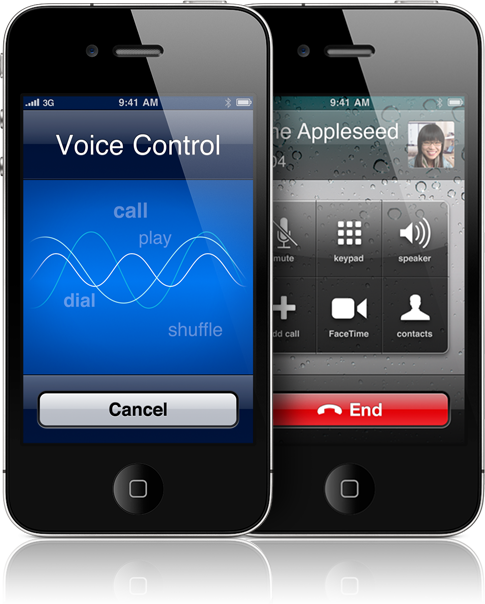 Commands are fairly limited. You may ask for the time or perform simple commands by, as an example, saying: Call Joseph or Play Songs By The Beatles.

Now I’m not sure why would anyone want to use Voice Control over Siri on iPhone 4S, but according to a tip we got today by our reader Raviraj Minawala, Voice Control is still very much present on iPhone 4S and can be enabled when you disable Siri from Settings. 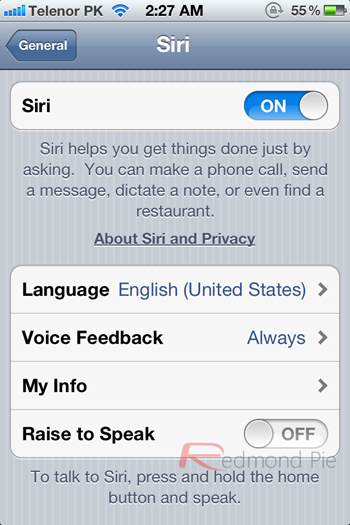 Just like Siri, you can now access Voice Control by holding down the Home Button key for a few seconds until a chime is heard. You will then see a blue screen with possible commands you may speak floating in the background.