How To Enable iOS 7 Camera Live Filters On Unsupported Devices

When Apple announced iOS 7 last year it made a big fuss out of the considerable changes that the new version would bring to our iPhones,iPads and iPod touches. A whole new interface, a redesigned Camera app and more were touted as some of the biggest changes, with countless others thrown in for good measure. Over the months since and as the release day drew closer, some features fell by the wayside and others were introduced. In September, iOS 7 was released.

But, as is often the case with big new software releases, not all hardware was supported. Most of Apple’s iPhones and iPads would get iOS 7, but not all would see the same features arrive once the update was complete. Depending on the hardware in your hands, you may or may not get some of the things Apple was shouting so loudly about.

One of those features was the new Camera app’s fancy live filters which allowed people to see what a filter would look like in real-time. As it turned out, only select devices would get in on that action, which is a real shame. 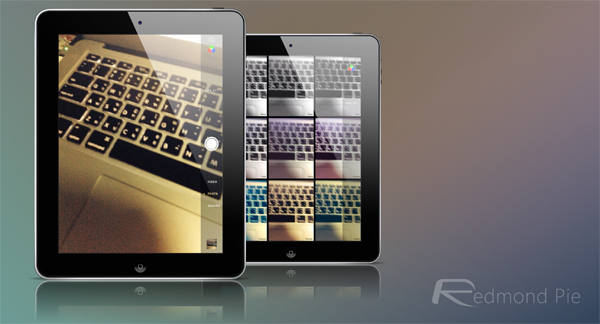 But, as soon as iOS 7 was jailbroken, it was only a matter of time until someone brought the live filters to other devices. And that’s where Live Effects Enabler comes in.

Avaiable via Cydia and costing nothing, Live Effects Enabler does exactly what that name suggests. Installing the tweak will enable the live filters currently missing from some Camera apps, bringing the feature to more devices than currently support it. The iPhone 4 and upwards as well as all iPads will be able to take advantage of live filters once Live Effects Enabler is installed, which is great news for those with older hardware that don’t like to be left out in the cold.

We’ve not tried the tweak on an older device ourselves, and it’s obviously pretty pointless installing it on anything that already supports live filters, but we’d be interested in hearing how well they perform. Apple presumably nixed live filters from older devices due in order to preserve performance, but if the feature works well with Live Effects Enabler installed, then that may not be such a valid reason after all.

You can download Live Effects Enabler from the BigBogg repo in Cydia.