How To Enable Hidden Battery Usage Menu In iOS 8 / 8.1

Now that there’s a real iOS 8 / 8.1 jailbreak floating around for jailbreakers, attention has turned to which new tweaks are being released that take advantage of what the new version of iOS has to offer.

One new tweak to be released – created by the same Hamza Sood that has become famous for taking iOS 8 / 8.1 betas and poking around their innards – goes by the name of DetailedBatteryUsage and actually requires iOS 8 (and up) in order to function. 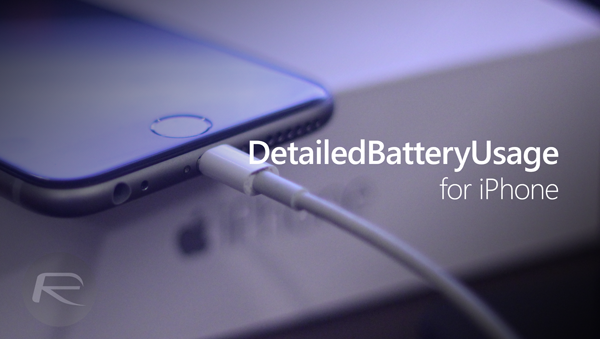 That name may have already given the game away, but DetailedBatteryUsage is a free jailbreak tweak that takes the Settings app’s stock battery usage page and turns it into something even more useful. The standard results are streets ahead of what iOS 8 had to offer already, but with DetailedBatteryUsage installed you’ll get so many new stats to play with that you just won’t know where to start. 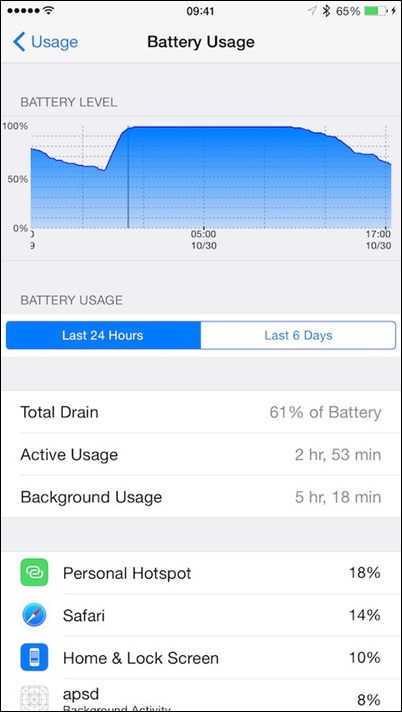 The first thing you’ll notice is the addition of a new battery usage graph, which is something that Android users already take for granted and that we’re still not really clear on why Apple hasn’t made available by default. Tapping on an individual app will also give you insanely detailed information on the amount of power it is using, all the way down to how much energy the CPU is using when that particular app is in active. 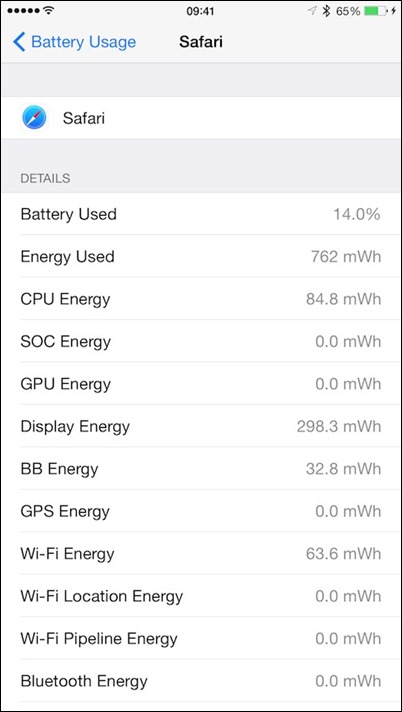 According to the tweak’s description in Cydia, this battery usage information is the one that Apple itself uses during development, which makes plenty of sense when you remember that Sood is the guy who leaked the feature when iOS 8 was in its beta days. Presumably this jailbreak tweak is the fruit of his poking around.

And long may that continue.

The tweak is absolutely free to download and can be found at the BigBoss repo in Cydia.