How To Enable Chromecast Screen Mirroring On Any Android Device

This year’s Google I/O may have been dominated by the search giant’s grand unveiling of Android L, but there were still plenty of other major announcements besides. Notably, the $35 Chromecast dongle, which turned the streaming market on its head when it first released back in 2013, would support Android Mirroring a la Apple’s AirPlay Mirroring, and following the annual developer conference, we couldn’t wait to give it a whirl. Having rolled the feature out earlier on this week, many Chromecast-owning Droidsters have jumped on this new feature, but unfortunately, it’s rather limited with regards to the devices that it will stream from. Thankfully, though, there’s a relatively painless workaround.

Google’s HDMI streaming device has shifted many units, and given the price it’s at, this isn’t much of a surprise. As well as those consumers actually in need of a streamer, though, many others simply took a risk and picked one up out of sheer interest, and Google’s tactic has paid dividends, with many living rooms now invested in the Android ecosystem. 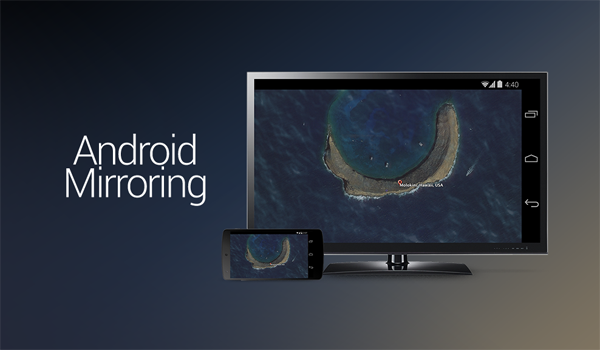 Although Android Mirroring should work fine on newer, higher-end devices like the Samsung Galaxy S5 and LG’s Nexus 5, the current line-up of compliant smartphones and tablets stands at just over half a dozen. It’s a decent return for a feature that is still brand-new, but for those who don’t happen to own a compatible device, or don’t wish to wait, it’s a tad irritating.

Luckily, the folks of XDA-Developers have, as ever, found away to circumvent the limitation, and although some antiquated models – notably the Galaxy Nexus – remain out of contention for some Android Mirroring, the root-only hack opens the door for a multitude of different Android gizmos. 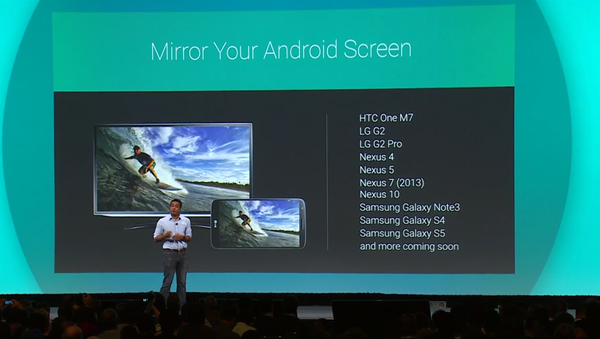 Notably, the likes of the Xperia Z, HTC Droid DNA and Motorola’s popular Moto G and Moto X can all utilize Android Mirroring through the tweak, as well as the 2012 Nexus 7, Oppo’s Find 7 / 7a and the OnePlus One. Others reporting a mixed response include the Samsung Galaxy S3 and Galaxy Note 2, with some finding that the trick works while others hit a brick wall. Thus, if you own either of these two Samsung handsets, you’re advised to only proceed if you’re running on stock Android.

For a full list of devices tested and working, as well as the details on how to get the “MirrorEnabler” APK, be sure to check out the source, although do note that this is an experimental feature rather than a primed, flawless solution.