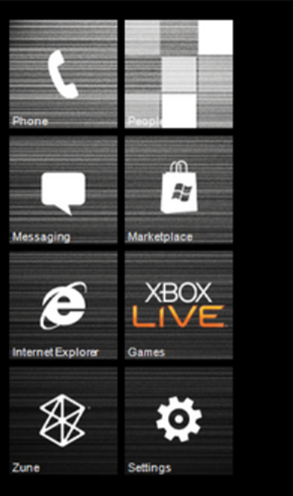 UI customization on Windows Phone 7 is, as any smartphone enthusiast would know, very limited. Besides changing the lockscreen wallpaper and changing the color of tiles, there isn’t a whole lot you can do to customize the look for your Windows Phone 7 device. Starting today, however, users will be able to customize any tile, use a background image for tiles as well as import/export themes (so that enthusiasts can try out each other’s setups) to give their device a unique look. This certainly isn’t as comprehensive as WinterBoard for iOS, but it’s getting there.

This early release (of Themes) comes with all the goodies we’ve demoed, and without further ado, here’s the juicy bits:

There is one important pre-requisite, of course: you will need to have a developer-unlocked device. You can unlock Windows Phone 7 using ChevronWP7 for just $9 which allows you to sideload apps like Themes.

The installation procedure itself is rather simple. You can check out the official tutorial from Windows Phone Hacker below:

Windows Phone 7 was initially a very limited mobile operating system, but with the release of Windows Phone 7.5 Mango and exciting workarounds/apps/tweaks like today’s Themes, we really think it is fast-becoming a pretty viable alternative to Android/iOS, especially for power users.

Once you try it out, be sure to let us know what you think of it in the comments section over on our Facebook page.