Snapchat’s little security snafu has made quite the splash over the last day or two. The photo-based social messaging service has grown so popular that even mainstream media outlets have been frothing at the mouth about the hack that has seen 4.6 million users have their usernames and mobile phone numbers stolen and subsequently leaked on the Internet. It’s certainly not Snapchat’s proudest moment.

While the original list of usernames and phone numbers – sans the last couple of digits – were originally published online, the website that housed them has now been taken offline for good measure, leaving many to wonder whether their details are amongst those compromised. With Snapchat staying worryingly quiet about the whole affair, there is the potential for people never finding out whether their details were snatched or not. Thankfully, there are at least two different ways that people can check the status of their accounts. 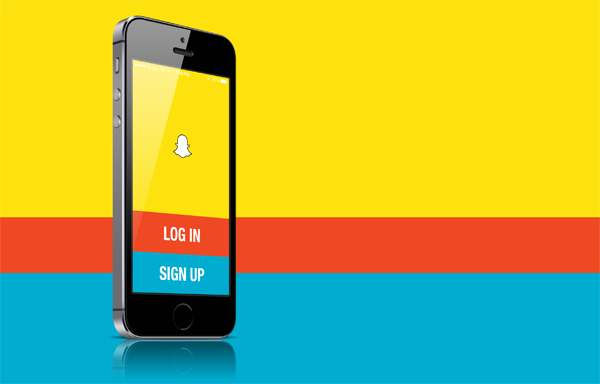 The first, GS Lookup – Snapchat (lookup.gibsonsec.org) lets people enter their usernames into a form which then goes off and checks the list of compromised accounts. If the username provided has indeed had its phone number taken by hackers, the website will report as such. If it doesn’t, then you’re safe to go about your business. We’d probably think about changing some passwords though, just to be on the safe side.

The second option is Snapcheck.org, and this one goes a little further. As well as entering a username, worried Snapchat users can also enter a phone number which can then be checked against the database of leaked contact details. The option is still there to enter a username should people so wish though, but at least Snapcheck.org offers both options. 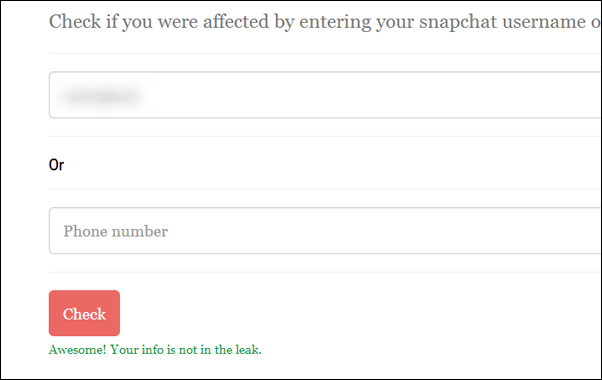 Snapchat itself has stayed worryingly mum about the hack as well as the details that have been leaked, other than a comment from one of its higher-ups to say that he is angry by developments. Noticeably, he stopped short of apologizing for the security breach but did say that the company was working with law enforcement agencies on the matter.

We’re sure that makes every one of those 4.6 million affected users feel better. You know, when people are ringing that phone number that was (almost entirely) leaked online.