In professional life, there can be many embarrassing moments, and usually every one of us goes through them at some point. There are mistakes – blunders, even – missed presentations, failed deadlines and whatnot, but there are fewer things more humiliating than your phone going off during a meeting.

Almost every smartphone these days offer the ability to put your phone in silent so that you don’t have to face this situation every now and then, but usually, Android doesn’t offer profiles that you can switch and be at peace of mind (unless you’re using CM-based ROMs). However, thanks to independent developers, we get apps that can solve pretty much anything, and that’s exactly what Ringer gives us. 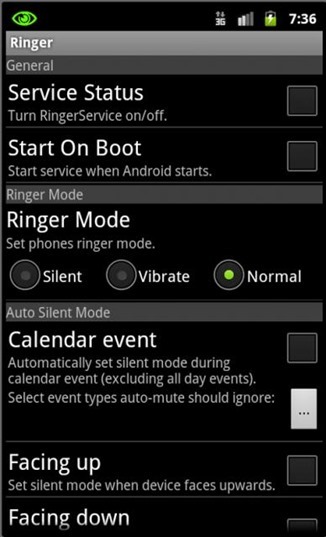 The app, created by an XDA-Developers member zevele, basically looks at your calendar for upcoming events and silences your phone automatically for the duration of the meeting, giving you peace of mind when it comes to attending important ones.

It offers a lot of customization possibilities and control, and pretty much replicates what Nokia used to offer on its Symbian phones by the name of “profiles” back in the day. You can have your Android mimic a beep when in silent on vibrate mode, add an alert of your choice with controlled volume, give visual notifications of activation of different modes, change mode to silent or vibrate-only based on calendar events, ignore certain event types (like all day, private, marked-free etc.), and even have you choose which calendars to look at, should you have several of them synced with your device. Even better is the control that you get in terms of playing ringtones for specific notifications (like calls and messages from a specific number), and a widget to toggle the service, alongside displaying the next upcoming event. 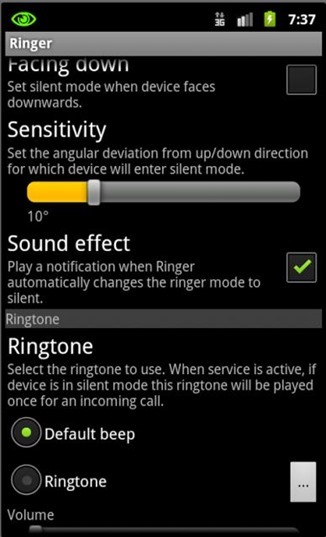 Another useful feature that Ringer offers is controlling the silent/loud switch based on device orientation, even when the screen is off. While highly useful, this one has a side effect, in that it causes a partial wake lock and might hit your device battery significantly. Then again, if you really want it, that’s one compromise that you’ll have to make. 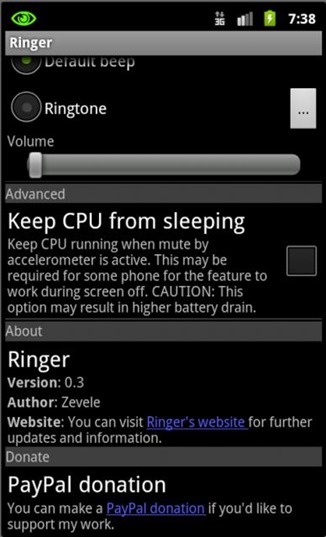 Ringer is one highly useful app that I wish I’d have found sooner. It can be downloaded at the source link below, and will Android 2.2 or above to function.