How To Add Windows 8 User Tile On Windows 7 Taskbar

With Windows 8 screenshots now starting to leak out, it was only a matter of time before the Windows modding community set about their task of bringing as many Windows 8 features to Windows 7 as possible. That process has begun with the release of TaskBar UserTile. 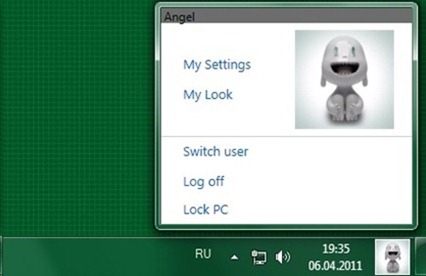 One of the leaked screenshots of Windows 8 showed the new, updated Taskbar. One of the changes brings a small user profile tile which gives quick access to various profile-related actions such as log-off, switch user and the like.

Now thanks to TaskBar UserTile, Windows 7 users can get the same functionality nice and early, and it’s all for the reasonable price of free. While still very much in a beta stage, the little tweak has been confirmed to work with Windows 7 SP1 though your mileage may vary.

Download TaskBar UserTile and run the EXE to install.