How To Add Hardware Specs To Settings App In iOS

Those of you familiar with Apple would know that the company doesn’t really like to share detailed low-level specs of its iOS devices. Info like the amount of RAM in a device, CPU clock speed, number of CPU cores etc. are usually hidden from the end-users. Fortunately, a jailbreak developer has released a new tweak which adds detailed hardware specs info that can be easily accessed directly from the Settings app in iOS.

Called HardwareSpecs, it’s a no-nonsense jailbreak tweak designed with a very simple purpose in mind. Once installed, the tweak will add a new sub-setting panel to the Settings app under General. To check what Apple has packed under the hood of your device, simply head to Settings -> General -> Hardware Specs to check out all of that hidden information. 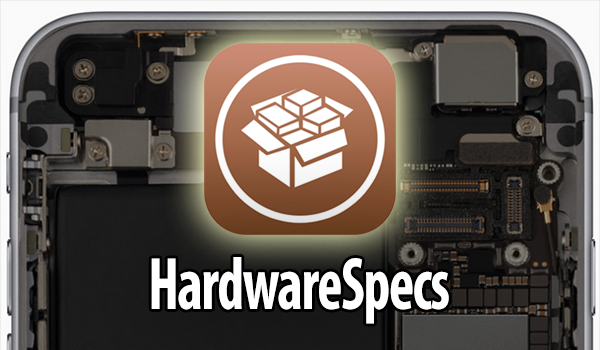 Details such as Memory info, Product, Type, Model Number, Platform, Processor name, Architecture, Number of CPUs, L1, L2, and L3 Cache in CPU, and much more are all included on this panel. 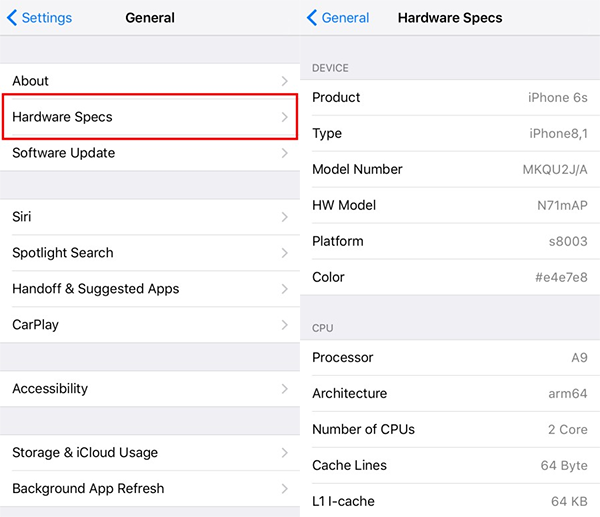 Also, just like Geekbench 3 for iOS, it provides you with the chip model number which could be useful if you want to quickly check on which A9 chip is in your iPhone 6s or 6s Plus. The recent infamous iPhone 6s chipgate controversy revealed that the A9 CPU in Apple’s latest iPhones was manufactured by two different vendors: Samsung, and TSMC, with TSMC’s chip allegedly having better battery life than Samsung’s. If the ‘HW Model’ for your iPhone reads N71AP, it’s the Samsung chip, and if it reads N71mAP, it’s the TSMC chip.

HardwareSpecs isn’t exactly a breakthrough in terms of the functionality it provides, but it can definitely come in handy. You can download HardwareSpecs for free from the BigBoss repo in Cydia. The tweak is compatible with all devices capable of running iOS 9.0-9.0.2.

If you havent jailbroken iOS 9 yet, you can find the instructions on how to do so here: