How To Access Tweetbot’s ‘Super Secret Settings’ On iPhone

The official iOS App Store is packed to the rafters with apps that allow users access to their Twitter accounts, with one of the most popular options undoubtedly being the Tweetbot app from Tapbots. As we should all know by now, Tweetbot offers a large number of features and options, but remains simple enough to be used by any sort of user. 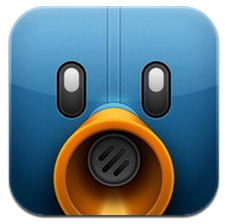 One of the great things about Tweetbot is the extensive account settings and options it offers which allows any attached account to be amended and set up to suit individual tastes and requirements. As you might expect, users can personalize pretty much everything, ranging from the size of the text in tweet cells to setting up additional sharing accounts as well as the tweet marker service to ensure seamless synchronization between multiple devices.

So you’ve downloaded Tweetbot, set up your Twitter account and have altered the settings to suit your needs, the time has come to move along as there’s nothing left to see here. But wait, that might not be entirely accurate. The act of adding Easter eggs into software is not a new practice. Developers all over the world regularly add hidden features into their apps, sometimes they never come to light as no one finds them. In the case of Tweetbot, it seems that the developers have tucked away some ‘Super Secret Settings’ which they don’t want you to know about. 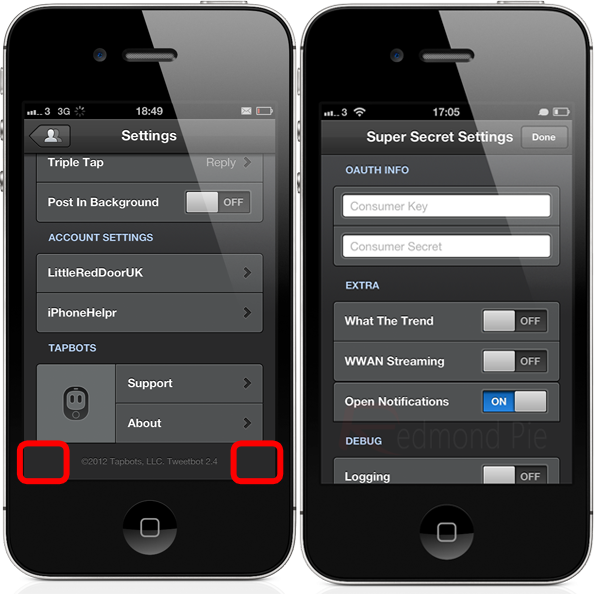 The secret settings page can be accessed on any normal installation of the Tweetbot app via the standard settings page using some simultaneous right and left tap gestures. After accessing the Accounts & Settings page, scroll all the way down to the bottom and tap three times at the same time on the right and left hand side of the screen. A new screen will immediately become available containing additional debugging and authorization settings.

The extra page may not prove useful to any standard user and has more than likely been included by the development team for testing purposes which allows any external tester to log information back to them. For those who are interested in this kind of thing, settings such as WWAN streaming, open notifications and a feature called What The Trend, all of them are available and so are the extra debug settings along with the ability to provide OAUTH information. It does make me wonder how many popular App Store apps have additional, hidden options in them like this.