Designer Martin Hajek is once again been utilizing and putting his design skills to work to give us an insight into what a future Apple product could look like. This time around the 3D design expert – who loves nothing more than to visualize “the future in 3D one rendering at a time” – has chosen to mock-up some concept renders of what a future MacBook Pro could look like if Apple does indeed introduce a model with a dynamic OLED touch panel in place of the existing function keys.

We’ve been hearing a number of reports over the last few weeks about the potential features of Apple’s next gen. MacBook Pro lineup. In addition to the usual improvements that come packaged into any new hardware release, Apple is widely expected to replace the existing functions keys above the keyboard with a gorgeous glass OLED touch panel.

It was initially thought that the touch panel would simply be a more modern approach to static functions keys, but recent information has suggested that it could be a contextual experience, with certain aspects changing depending on running apps and processes.

Hajek’s design of the purported OLED touch panel focuses on that contextual element. As part of the renders the designer has included Spotify as an example of how the bar could change its appearance based on apps that are running. As an example, when Spotify is streaming music, the bar could display the Spotify logo and name, along with familiar looking music controls and an indicator bar showing progress through the currently playing track.

Those controls could then morph into another app when one is opened or brought to the foreground. Hajek uses Transmission for Mac as an example of this with a clearly visible download progress bar alongside. 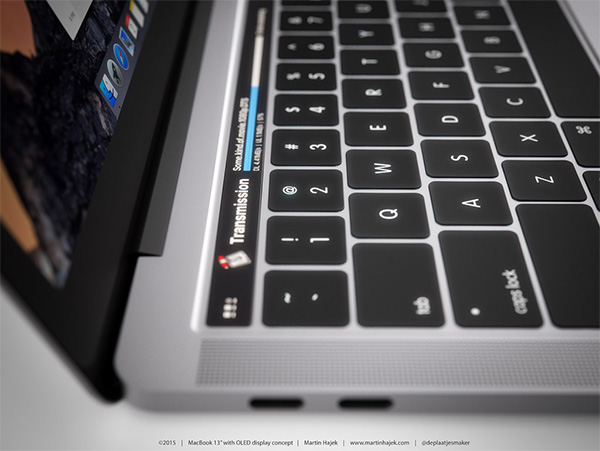 On the opposite side of the touch panel, the designer shows a bunch of information that would normally be found in the menu bar at the top of the Mac display. This includes the Wi-Fi signal indicator, current battery life, the date and time, and even the name of the MacBook owner and quick access to Spotlight search. 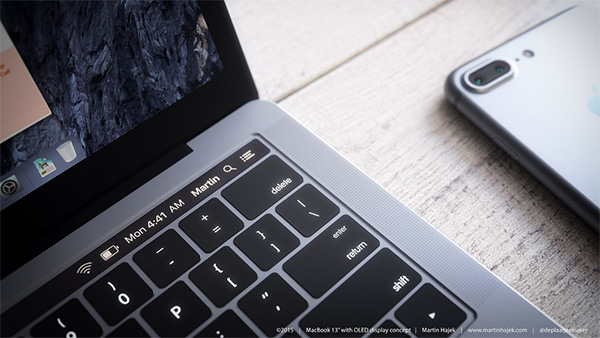 When not in contextual mode, the touch panel would function very much like the currently available function keys that offer quick access to certain MacBook and OS X features, such as changing the display brightness, adjusting system volume and changing the brightness of the keyboard. 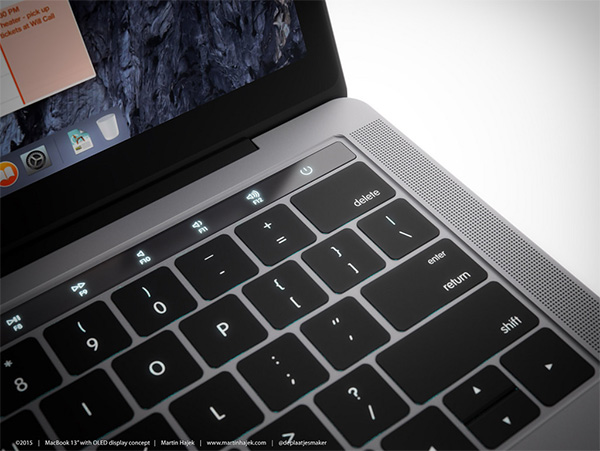 According to KGI Securities analysts Ming-Chi Kuo, the new MacBook Pro is expected to debut in the fourth quarter of 2016, while a more recent report has suggested that the machine could be released this month. However, whenever Apple chooses to release them, we would not be disappointed if the touted OLED touch panel functioned exactly as Hajek has imagined. 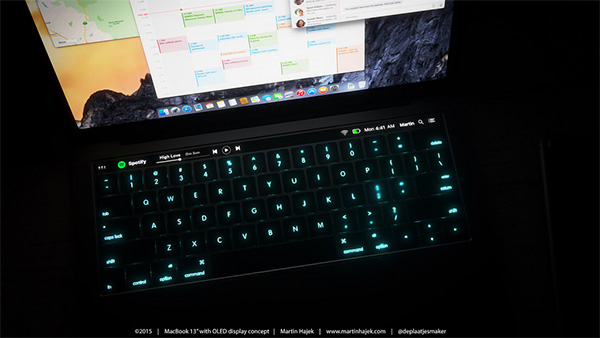