SSDs are all the rage right now and you can bag yourself one in the 1TB flavor for a low price of just $124.99 straight from SanDisk.

If you’re looking for a nice, relatively easy, fairly inexpensive way of taking an older computer and giving it a new lease of life, adding an SSD to the mix is an amazing way of doing it. Old computers with spinning disk drives in them are the kind of thing nobody should have to deal with in 2019, and with this new deal from SanDisk, you don’t have to.

The deal in question is for the SanDisk Ultra 3D NAND 1TB SSD, which is a great little SSD for speeding up aging computers. With its 560MB/s read speeds and 530MB/s write speeds, this drive is super quick and thanks to the use of 3D NAND technology, it shouldn’t suffer from any of the SSD-related issues caused by repeated rewriting to memory, either. That makes the drive last longer, and that is obviously a very good thing.

Normally the SanDisk Ultra 3D NAND 1TB SSD retails for around $160, and briefly hit $140 during the Christmas sale period. Right now it’s at an all-time low price of just $124.99, which is a bargain no matter how you look at it. 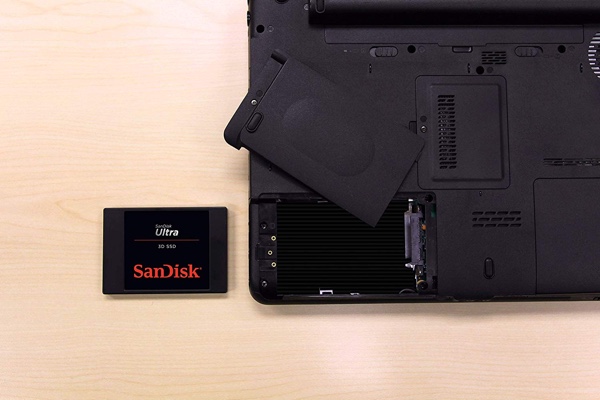 We can’t say how long this kind of deal is going to be around, so if this sounds like something you’d want to add to your setup, don’t delay in getting that order in. Storage of this capacity, and this speed, doesn’t pop up at this kind of price very often.