With the iPhone 6 now said to be less than two weeks from announcement, leaks pertaining to the device are aplenty, and today, we get an up-close look at several key components including the embedded Apple logo, improved speaker module and revised Touch ID fingerprint sensor. All of the image are of very high quality, and below, you can check them out.

TSMC has been tasked with the role of churning out the Touch ID component of the iPhone 6, and here, we can see it in each and every iPhone color configuration alongside the corresponding SIM trays. With the iPad Air and iPad mini 2 set to reap the benefits of the fingerprint sensor, it’s fair to say that TSMC has had its work cut out this time around, and although it’s hard to spot any differences from the current iPhone 5s module, an overwhelming number of reports have indicated that Touch ID will be more reliable and robust on its second visit. 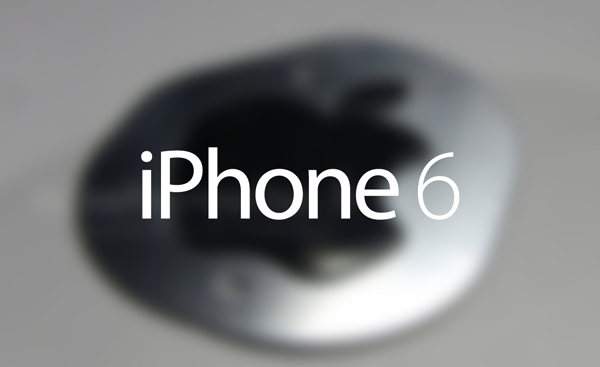 There’s also another look at the embedded Apple logo to the rear, and while we don’t know precisely what material is used here, leaker Nowhereelse.fr suggests it’s not liquidmetal or any other fanciful, scratch-resistant material. In fact, the French blog even took a knife to the part for sake of confirmation, but nevertheless, it’s a relatively minor aspect of the iPhone 6 given the numerous features we’re anticipating. 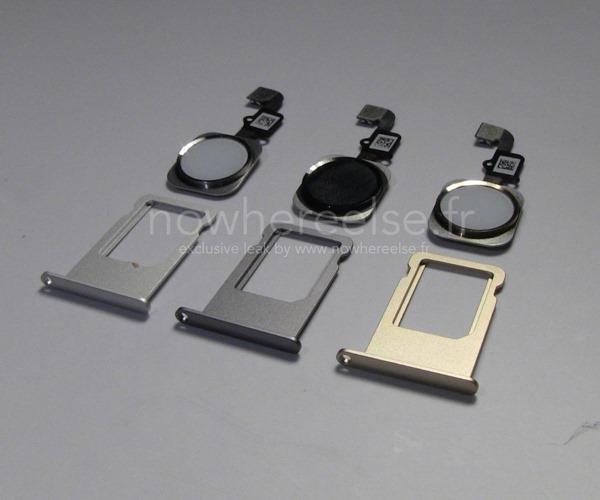 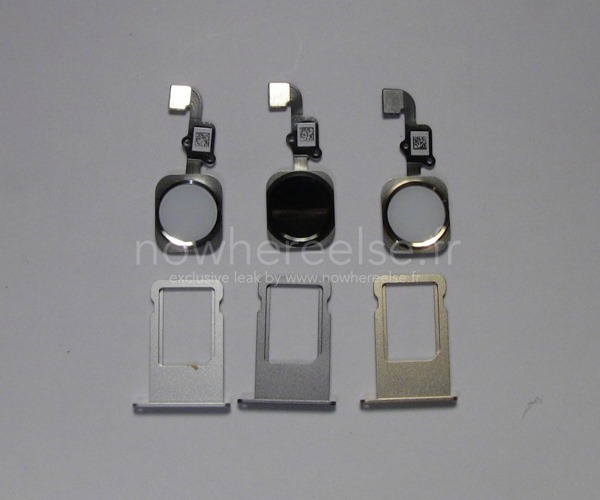 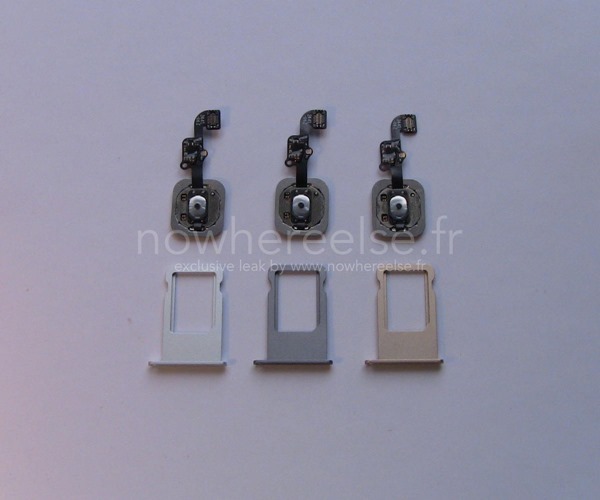 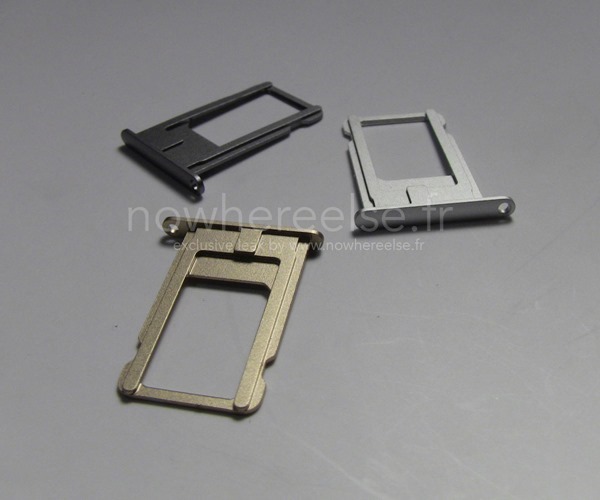 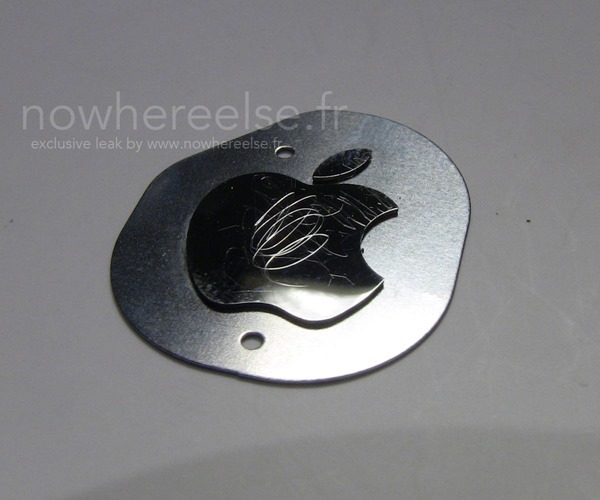 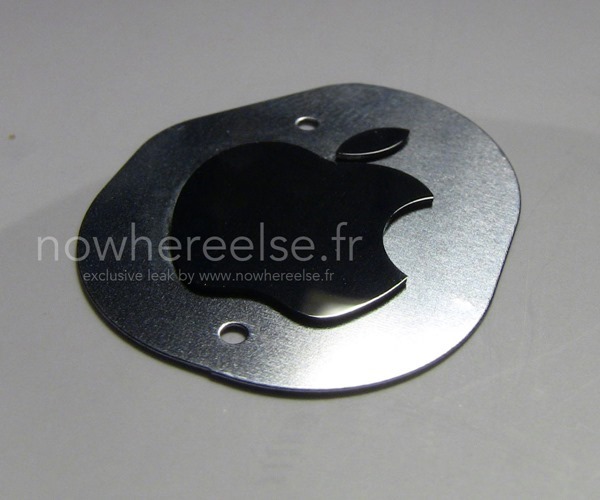 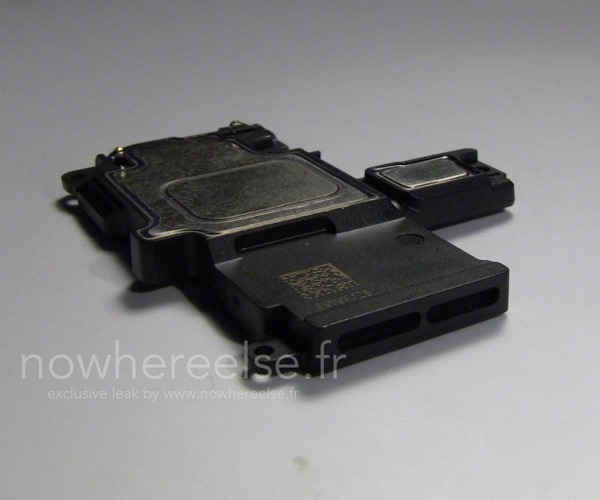 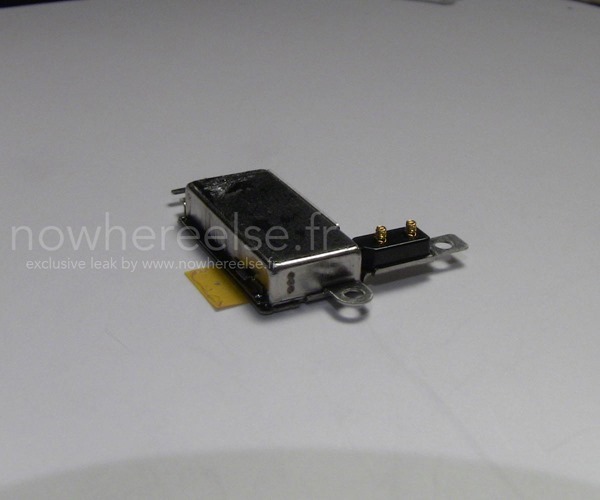 Re/code‘s John Paczkowski was the first to suggest that September 9th would be the very date of the iPhone 6’s announcement, and further to those comments, has since stepped out and noted that the iWatch may also be uncovered at the same exhibition. With no invitations having yet been sent, we cannot say for sure whether the keynote will be held on the 9th, let alone whether the iWatch will also be showcased, but even if Apple’s first entrant to the emerging smartwatch market does manifest itself, it’s very unlikely that it will begin shipping any time soon.