Here’s What Apps Would Look Like On 4.7-inch iPhone 6 Display [Images]

Even though the iPhone 5s is scarcely halfway through its life cycle and we still have around five months until the release of the so-called “iPhone 6,” the blogosphere has been abuzz with reports and speculation pertaining to Apple’s next-in-line. From what we can gather, there’ll be at least one new, larger handset ready for the fall release period, and according to reports, it will pack a 4.7-inch display. Now, one tech fan has sought to offer an idea of how apps might look when optimized for the new, larger panel.

The Verge forum user Pi reckons that Apple may retain the same pixel density with the 4.7-inch display as with the 4-inch panel of the iPhone 5s. Given that it would probably be held slightly further away from the face, it may still fall within the confines of Apple’s somewhat arbitrary ‘Retina’ rules, and rather than make the display sharper, the Cupertino company could simply add pixels to fill out the increased surface area.

As such, he believes apps that haven’t been optimized for the larger display would be letterboxed, similar to the manner in which the iPad deals with apps tweaked for the iPhone’s display. This solution would be rather unsightly, but once a developer updated and optimized an app to suit the increased real estate, everything would be back to normal. Below is an illustration of the theory: 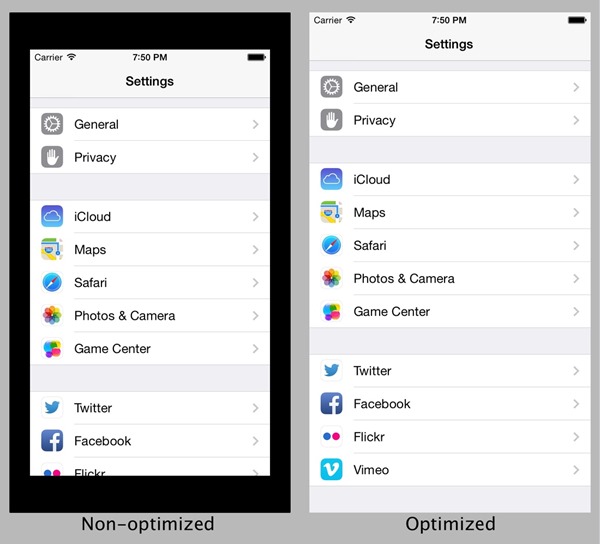 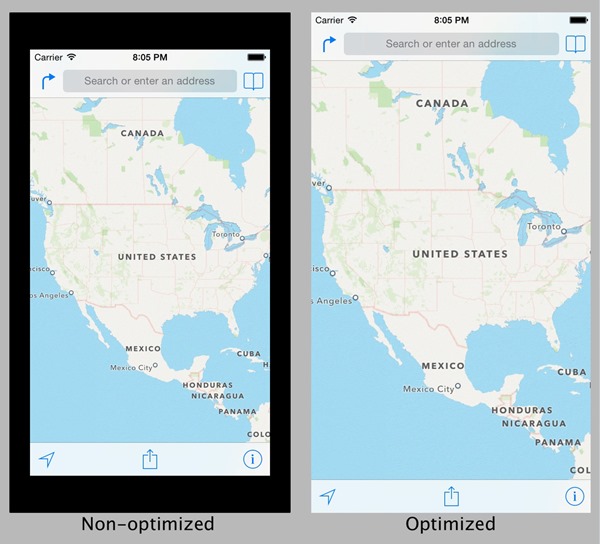 Given the sharpness of some displays on the market, there would certainly be some opposition to a device that increased the size of the screen but not the resolution. After all, with resident analyst Ming Chi Kuo noting that the resolution of the iPhone 6’s 4.7-inch display measure in at 1,334 x 750 pixels, it’s scraping the barrel of high-definition when comparable releases from rivals are offering 1080p full HD as a minimum. 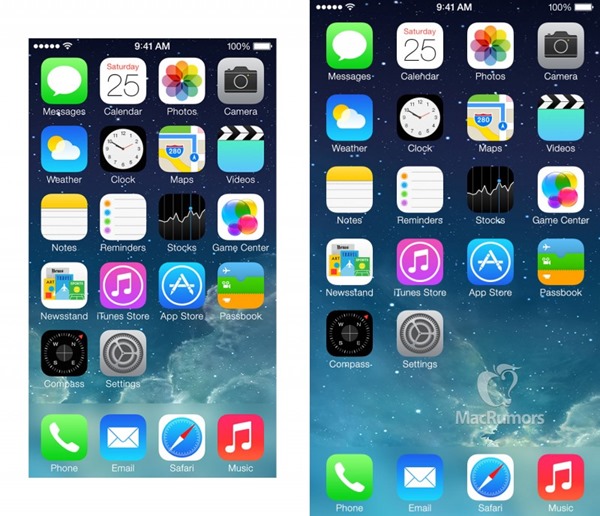 Nevertheless, Apple has made a pretty good job of marketing the Retina capabilities of its devices, and given that it still uses the perceivably more favorable LCD technology where most others are going for AMOLED, it will definitely be interesting to see how the company markets the panel of its forthcoming release.

What do you think – should Apple be looking to increase the display resolution with the iPhone 6?