This year, Apple is expected to finally take the wraps off the elusive iWatch, which will compete with the likes of the Pebble and Samsung’s multitude of wearables already on the market. Add the fact that Google has just showcased the Android Wear dev kit, and you feel that it’s perhaps even crucial that Apple does finally cave so as not to allow rivals to get a significant advantage. But actually, the iWatch wouldn’t be the first time the Cupertino’s designers dreamed up a watch bearing the famed logo, as this very intriguing throwback from the eighties demonstrates.

Designer Hartmut Esslinger is currently in the process of compiling a book entitled Keep It Simple: The Early Design Years of Apple, and inside, looks set to give fans a look at some previously-unseen concepts and prototypes. Therein, one striking, watch-like product stands out in particular, and although it doesn’t feature a display, it packs a generous helping of buttons and an accompanying headset to boot. 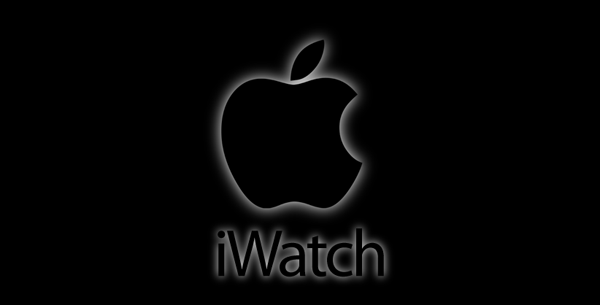 It was one of the many conceptual products Esslinger designed for Steve Jobs back in the eighties, and even though the idea of such a button-laden watch seems unfathomable some 30 years on, it’s certainly not the worst of the bunch. Among many other wacky, quirky designs, there’s also a computer in a suitcase, and even though we’re partially glad it never made it to market, there’s also a small part of us that would love to have tried such a product out. 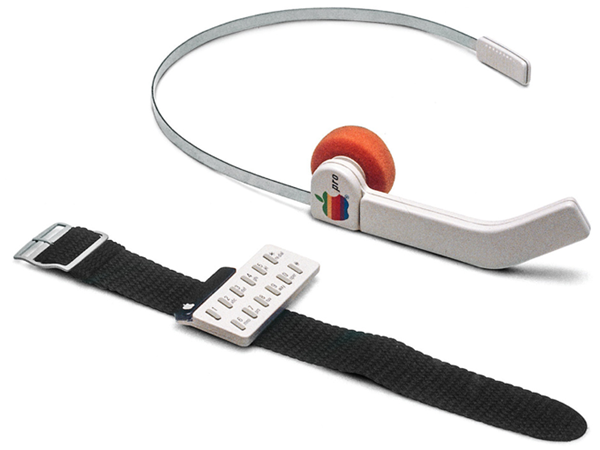 On the topic of this year’s iWatch, Apple is expected to unveil the long-awaited gadget in Q3, around the same time as the iPhone 6 is touted to launch. Aside from heavy integration with iOS 8’s supposed Healthbook suite, there’s not much else to tell at this point in time, but with the likes of the Moto 360 having impressed us greatly and more to come from big names like LG and HTC, it’ll almost certainly be a busier market by the time the iWatch does eventually manifest.

Even though we don’t know much about its form factor, we are pretty sure it won’t borrow any of its design language from Esslinger’s early concepts, which is – with all due respect to the designer – probably for the best.