Long term iDevice owners who frequently enter the so-called dark side of iOS through jailbreaking will no doubt have a list of packages from Cydia which they classify as essentials. Tweaks are pushed into Cydia every day of the week by repository owners, but it is rare that something comes along and manages to make it to our must-have list of tweaks.

The Speero tweak by well-known developers Andrea Oliva and Akhil Tolani is now available for download on Cydia and has quickly become a must-have package on my jailbroken iPad. With lots of packages flying around the jailbreak community, we can quickly sum them up in a few sentences, but calling Speero a ‘system management tool’ doesn’t really do justice to it. Yes, that is the most apt description of what the developers have attempted to create, but the package is fluid to use, simplistic and beautiful to look at, and at the same time; packed with functionality. 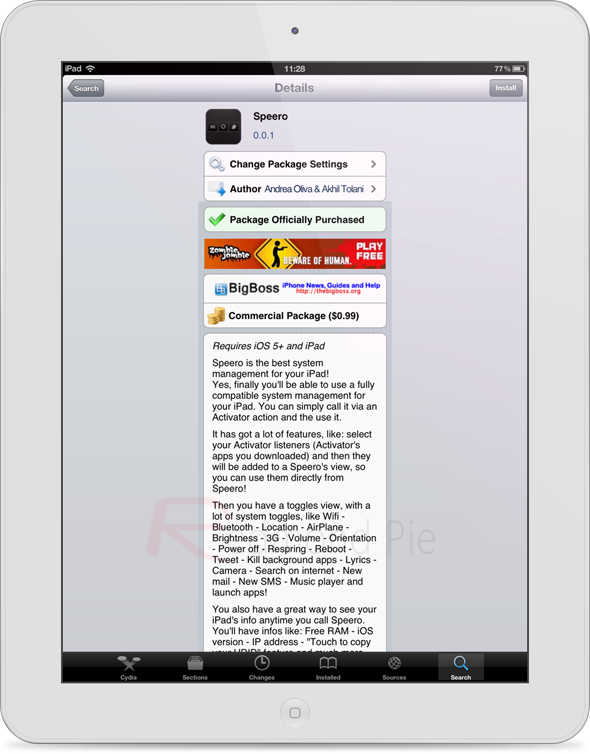 First and foremost, Speero requires Activator to be installed on the iPad, something that is downloaded as a requirement if not already present. The package is invoked via a user-defined Activator action such as double-tapping the status bar, triple pressing the Home button or making a pinch gesture on the home screen. When the action is given, Speero springs to life as a full-screen package which not only offers device related information to the user but also access to a wide range of system settings as well as one-stop access to multiple Activator-based events. 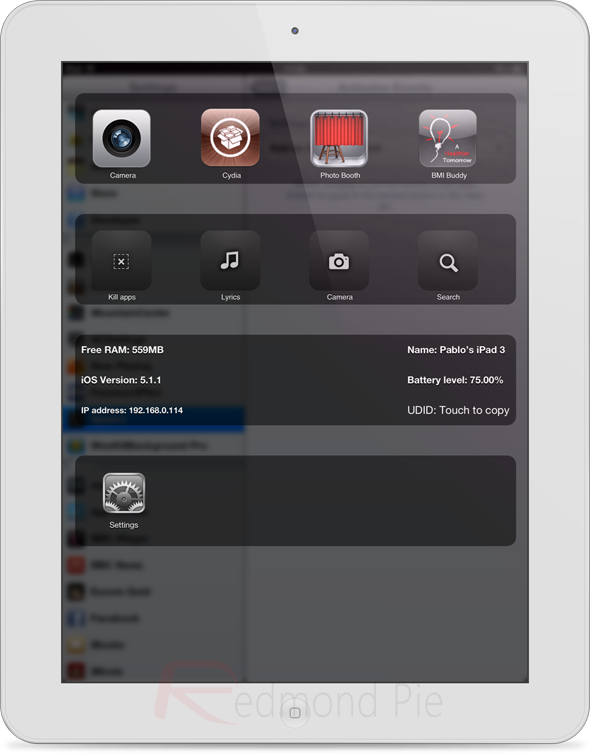 When invoked, Speero is split into four main sections, with each playing a different part in the overall symphony. The well presented sections contain space for different Activator events, a wide array of system settings, important and interactive information about the iPad and then finally a place at the bottom which acts as an implementation of the multitasking tray. All configuration is handled through a dedicated preferences section in the native Settings app.

The information section of the package’s interface provides important feedback about the amount of free RAM available on the iPad, the version of iOS installed on the device as well as the device’s IP address. The usual information, like the name of the device and battery level percentage is also included, but the feature we somewhat found handy was the ability to copy the device’s UDID to the clipboard with a simple tap. 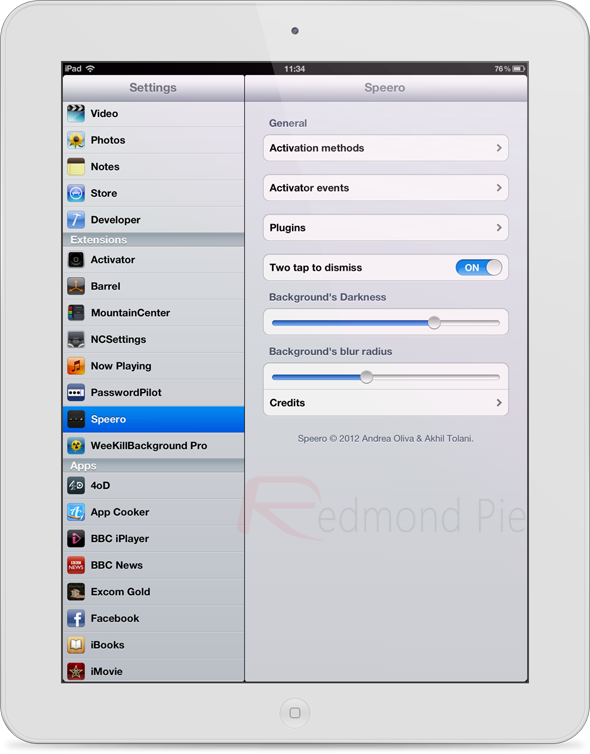 The settings panel is finished off with the ability to activate additional plugins, meaning that it is only a matter of time until we see packages popping up in Cydia which extends the functionality of Speero. The developers have included an option to dismiss the interface by simply double-tapping on it along with the ability to customize the overall look and feel of the UI itself.

The mentioned features alone are worth the price tag associated with this package, but when you consider the extensive list of pre-defined system settings that come with it, including Wi-Fi toggle, Bluetooth, Location Services, Airplane Mode, Data Services, Volume, Orientation, Reboot and Respring as well as invoking the camera and killing all apps, it really does become a bargain for the price.

Speero is available to download from the BigBoss repository for $0.99 and requires a jailbroken iPad running iOS 5 or above.