The iPhone 6 launch weekend went down with a real bang, but even though the number of early adopters is already well into the millions, there are still plenty of consumers waiting patiently for the second round of stock. As expected, the spike in demand for the latest models as proved too much for Apple to handle, and while many are currently acquainting themselves with the larger display and radical redesign, many others are closely monitoring certain sites for news on renewed stock. If you are one of those people, there’s a pretty awesome site that lets you do exactly that, but given that it also sends you an alert when a specific model on a specific carrier has become available, it’s probably the best assistant in your continued quest to track down the iPhone 6 model you require.

The lengths that folk will go to in order to avail the latest iPhone are well documented, but if you’ve not quite reached the stage of queuing up for days on end or checking in to websites during the very early hours, then the chances are, you probably don’t have your iPhone 6 or 6 Plus as yet. 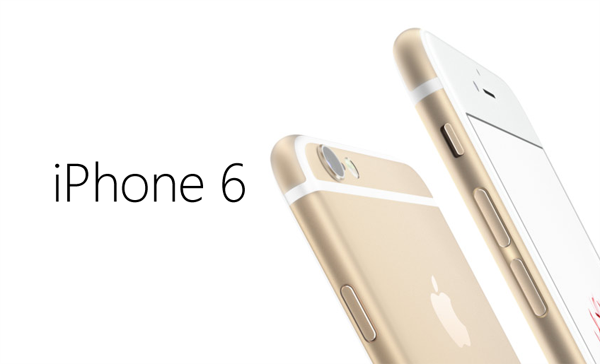 Still, it is perhaps worth reiterating that these are just smartphones, and general availability will kick in at some point in the near future, and if you’re happy to wait it out, then the new iPhone 6 Tracker site is perfect for you and you should check it out if you’re on that epic smartphone hunt.

It’ll pop you a little email letting you know that your desired iPhone 6 or iPhone 6 Plus model is in stock on the carrier you have selected, and from there, you should be able to go ahead and order. Of course, even if you do get the email, there’s a good chance you’ll still miss out given that other folks will also be using the service, but hey, it’s got to be a better plan than sitting behind the desk refreshing a webpage every so often, right? 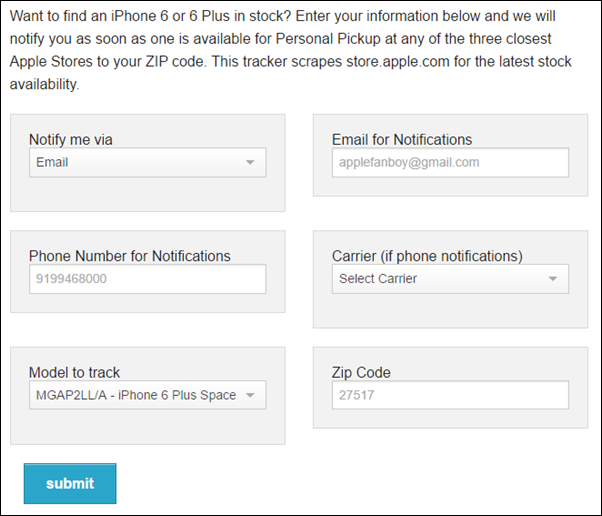 The tracker, which can be found at 6tracker.com, also supports phone notifications, and given that it monitors Apple’s stock inventory constantly, is your best bet at getting an iPhone 6 or iPhone 6 Plus sooner rather than later.