While IM services these days take a simple conversation a little beyond text – thanks to the addition of photos, videos and location – but adding something a little extra above the usual has always proven itself to be fruitful in some cases.

GIFs and charging using emoji characters is a big thing in IM. And while GIFs are great and all, but hunting down the rightone for the right occasion can prove to be quite a bit of a chore if you’re asking us. But, wouldn’t it be great if you can just make your very own GIF using your iOS device’s camera? Good question, and we have an app today that lets you do just that, and it’s super easy to use!

The magical app which we’ve stumbled across is called ‘Camoji – GIF Camera’, and is compatible with iPhones, iPads and iPod touches. And the thing that makes this app truly magical is how simple it is to use. In fact it’s so simple that even if you skip the tutorial on first launch, you’ll still get around with its feature set in no time. 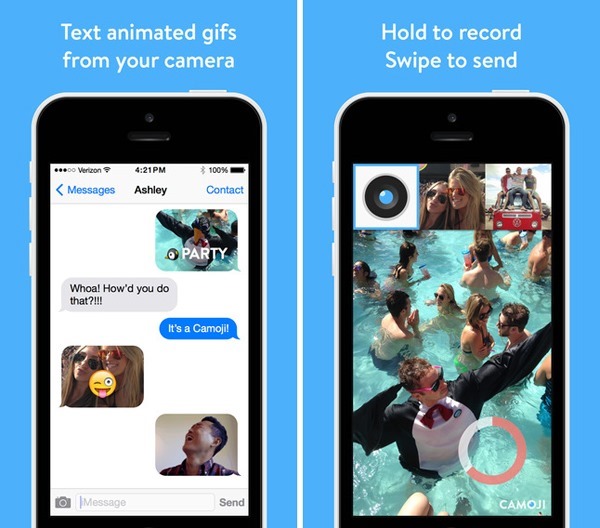 Simply tap and hold on the viewfinder to start recording a GIF, and when you’re done, you can toss in a witty caption, emoji sticker etc. after which you can share your awesome creation with people on Instagram, Facebook or Twitter. You can even save the recorded GIF to your device’s Camera Roll so you can share it with people using iMessage.

Since the app saves the end result in GIF format, therefore you won’t be able to preview your creations in the Photos app, which is a bit of a disappointment on Apple’s end. 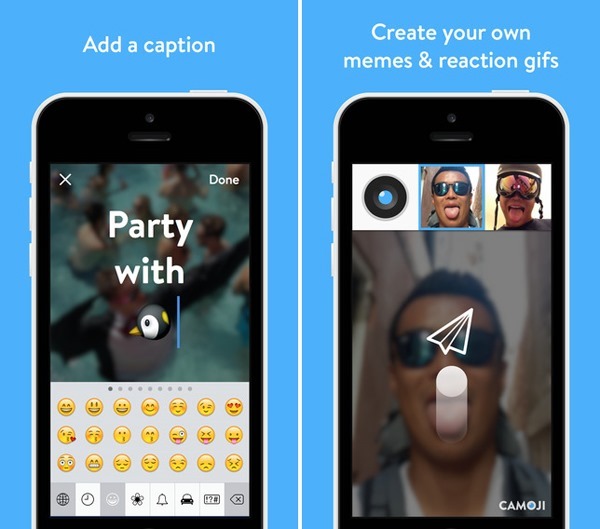 If you really want to take your IM experience a step further, then we highly recommend that you also give Imoji app for iPhone a shot. Combining GIFs with fully customized emojis in an IM conversation is a recipe of greatness, and both apps go very well each other.

Camoji for iOS is absolutely free to download and it does not come with any sort of in-app purchases, therefore you can use it freely without any sort of restrictions.

(Source: Camoji for iOS on the App Store)