New images have emerged which purport to show Apple’s brand new Smart Battery Case. The new case, which was first discovered as an icon in Apple’s watchOS 5.1.2 firmware release, is intended for Apple’s 2018 iPhone models and could be released before year-end.

Apple has previously offered a Smart Battery Case product for older iPhone models but the release of iPhone XS, iPhone XS Max, and iPhone XR has meant that those cases are no longer fit for purpose as far as the latest hardware is concerned.

With that in mind, the images show that the Cupertino-based company has taken the opportunity to design and manufacturer a new version of the case that is suitable for use with the new hardware and the new configuration of things like the vertically-mounted rear camera. The images also show some design changes.

The images show that Apple has decided to stick with the overall physical design of the Smart Battery Case but with a few amends. Most notably, the internal battery that can be seen on the rear of the case now extends a lot further than the original Smart Battery Case.

In fact, it pretty much extends all the way to the bottom of the case and removes the chin that was on the original version. That should hopefully mean that the internal battery capacity is larger and therefore capable of delivering a longer uptime for iPhone XS/Max and iPhone XR owners. 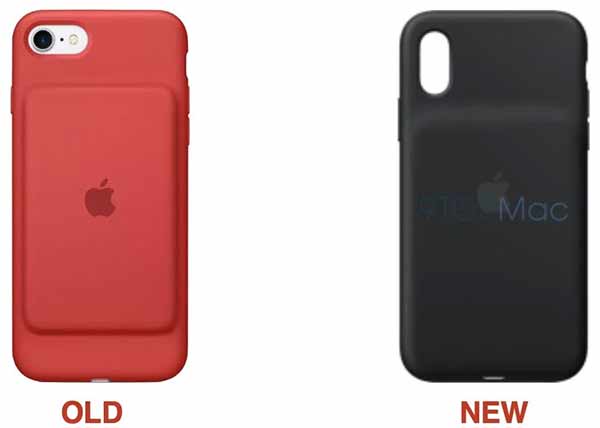 It’s also interesting that the leaked model identifiers suggest that all three 2019 iPhone models will have a Smart Battery Case. With previous versions, Apple didn’t provide a solution for owners of the Plus-sized models. With this release, which hopefully could come before the end of the year, owners of iPhone XS Max should be able to purchase a case that directly from Apple that will extend the battery life of their device.

There are currently no official release notes on when this hardware will be released to online and physical Apple Stores but it’s not beyond the realms of possibility that Apple could flick the switch on this product before the holiday shopping period is over. If not, then we should expect it early next year.